Crime alert: this one involves a council member 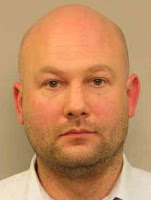 MNPD staged a prostitution sting at a MetroCenter hotel tonight mere blocks away from Salemtown, and officers arrested 3 people, one of whom was District 4 (Brentwood) council member Brady Banks, who was also Karl Dean's manager of the Mayor's Office of Neighborhoods a few years ago. According to WSMV:


A Metro councilman was arrested Thursday for allegedly patronizing prostitution during a sting at a motel in the Metro Center area. 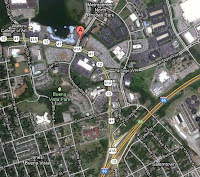 Councilman Brady Banks, 33, is accused of paying $100 to a female undercover officer in exchange for sex, police said.

Banks allegedly met the officer Thursday just after 4:30 p.m. while responding to an ad posted by the police department on the Internet.

Banks is married to a Methodist minister and is a new father.

According to the Sheriff's Office, Banks was released on $1,000 bond tonight after being booked.

CM Banks has been considered an up-and-coming young Democrat who was being marketed and groomed as a viable challenger to Tennessee Republicans. I was never concerned about his partisan chops, but I was fairly underwhelmed by his tenure in the Mayor's office in what was supposed to be an advocacy role for neighborhoods.

Now I question his judgment and his willingness to bring alleged criminal activity to my North Nashville community rather than risking it in his quiet suburban hamlet near bucolic Radnor Lake.


UPDATE: I can always count on Mike Peden to point out the interesting coincidences in Metro politics. He referred me to the fact that CM Banks, arrested at a MetroCenter hotel, received 2011 campaign financing from the Greater Nashville Hotel and Lodging Political Action Committee.


UPDATE: Is any criticism of CM Banks's alleged criminal activity a partisan or hateful "game" or "relish" in damaging news?

I don't experience anything close to satisfaction, joy or catharsis in the news that a council member may have misconducted himself in my North Nashville community. Just like folks who live in Brentwood, we want a safe and crime-free community, even though North Nashville is popularly depicted, especially in the news media, as a nest of criminality and violence. If Brady Banks trafficked sex in MetroCenter he contributed to those narratives. And he is not just someone's personal friend. He is an elected public figure who should not be entitled to a moratorium on scrutiny because he may or may not have wreaked havoc on his own personal life to boot.
Posted by S-townMike at 2/16/2012 11:59:00 PM