Do I make too much of the unequal expectations between North Nashville and wealthier sections east-west?

The public meetings announcement for the Amp that went out just before Christmas, weeks in advance of mid-January meetings, explicitly invites, practically welcomes "input" across four different meetings for the benefit of affected east-west communities: 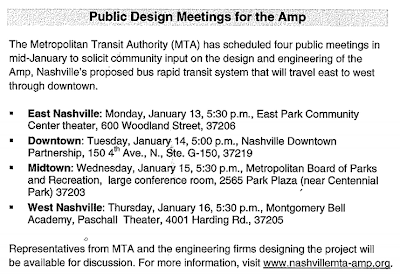 In contrast, the announcement for the hastily arranged public meeting for the Sulphur Dell ballpark proposal was issued less than one week beforehand, and it makes no mention of public input, treating those few constituents who showed up during the Thanksgiving break as empty receptacles into which foregone plan and budget explanations would be poured: 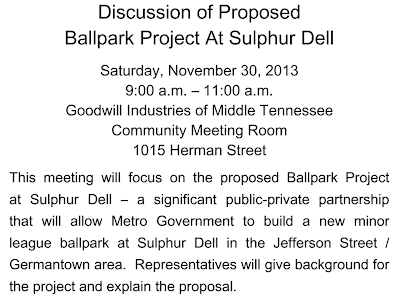 Metro's prejudice against participatory democracy and actual community planning in North Nashville is clear to me from these announcements. Minimizing or ignoring it does not make it vanish.
Posted by S-townMike at 12/26/2013 08:00:00 AM