Want to kill a neighborhood's connection to a sporting event? This is how you do it

I've been following the Country Music Marathon up close for years now but April 2014 was the worst experience I've had on the race course here in North Nashville. Why? Because instead of shutting all of Rosa Parks Blvd. down for the marathon, race organizers opened half of it up to vehicular traffic, effectively cutting off the view of spectators as the runners went by.

When asked, a Metro Police officer responded that some developers of some of the construction projects in the area lobbied to keep long swaths of Rosa Parks open so that their trucks and workers could get in and out continue to gentrify on Saturday.

This was the view of the race and the traffic from just outside the Werthan Loft complex last April 26: 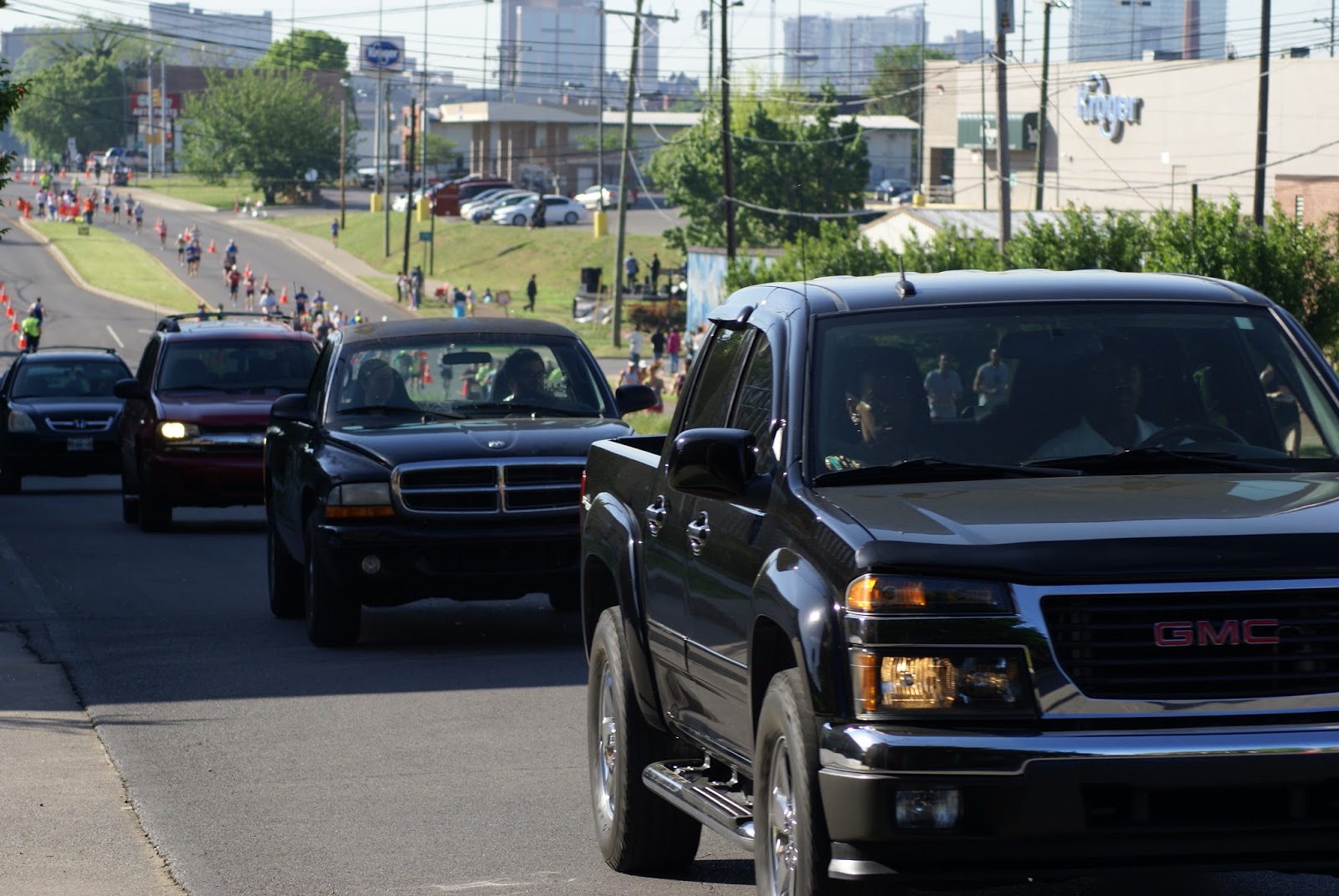 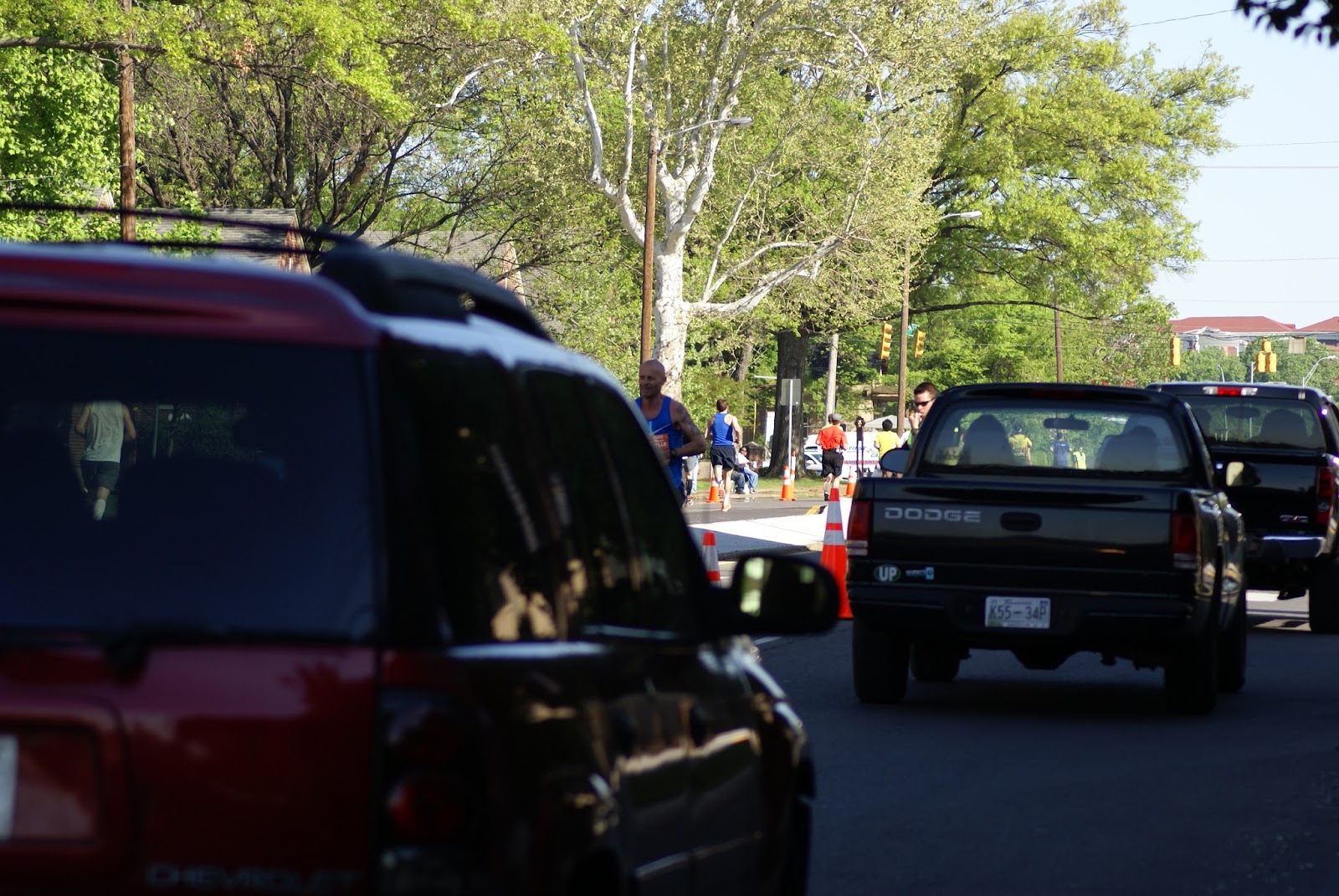 While not a marathoner myself, I maintain that marathons are unique in that they give neighborhoods the most direct, immediate contact with an organized sporting event that fields professional athletes. That's what I once enjoyed about the Country Music Marathon.

It is too bad that Metro government, real estate developers and the marathon's organizers had to spoil that direct contact and the view with auto traffic in 2014. Will it happen again this year? I guess if developers continue to hold sway here it will.
Posted by S-townMike at 2/02/2015 08:00:00 PM