Consider the glaring contrast in comments from the March 5 public hearing on the Salemtown conservation overlay (published online at YouTube): 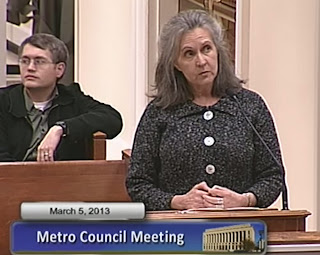 "[We went] door-to-door to every resident owner in the neighborhood and came up...with a 90% response rate. 85% of those were clear, 'Yes'. 93% was, 'Yes, and maybe but I'd like to know more about it' .... In going door-to-door I was particularly struck by how passionately the long-time neighbors feel about the neighborhood." 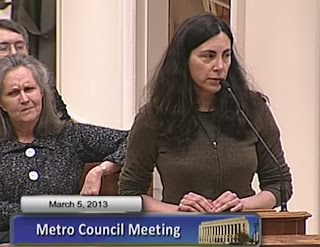 "We were away most of this past year in Chicago, dealing with a relative who was dying of cancer. We had no knowledge of this whole overlay until about 2 weeks ago, when we were told about it; and, it's our belief that there are many neighbors in the neighborhood who have no knowledge of this, nor do they understand what it would mean .... We've spoken to our neighbors across the street. They're both opposed to it".

Over the weekend I signed a petition opposing the Salemtown overlay precisely because the process of collecting feedback about the proposal--which seems at odds with the latest North Nashville community plan--was neither transparent nor democratic. I have never seen either any hard data or explanation of methodology to support claims from overlay supporters of high positive response rates. In fact, I have already posted a copy of the survey Ms. McClure and her supporters wrote and circulated last April underscoring its flawed methodology. To my knowledge there was only one, poorly publicized community meeting (outside of scripted Salemtown Neighbors meetings) held by CM Erica Gilmore to discuss the measure.

However, I did notice that the petition I signed--which I am told was started Friday--had about 2 dozen people who had signed it as of Saturday. That kind of negative response rate seems at odds with the overconfident claims of supporters, as does the appearance of 4 overlay opponents and 2 overlay supporters (according to my unscientific count during the broadcast) 2 weeks ago at the public hearing.
Posted by S-townMike at 3/17/2013 08:00:00 PM