The intersection of Jefferson St and Rosa Parks Blvd is one of the most important intersections around Downtown Nashville, and it has been historically misused by developers and planners who treat it more as a transitional, pass-through crossroads oriented to cars and not people. As a result, the four corners of Jeff St and Rosa Parks now possess a gas-station, a drug store (parking lot in front), a predatory lender and a vacant lot. The lot had been slated to bring the intersection up with the construction of the National Museum of African American Music.

Organizers behind Nashville’s long-discussed National Museum of African-American Music are no longer committed to building a facility near Jefferson Street and are seeking Mayor Karl Dean’s assistance to find space in the tourist-concentrated part of downtown, ideally in the city’s old convention center ....

Metro Councilman Jerry Maynard, a supporter of the museum project, called the old convention center “a fine place to have it,” adding that it would be a “boost for downtown and a boost for tourism.”

He downplayed the loss for Jefferson Street, which could benefit from the museum as the corridor undergoes a revitalization effort.

“We’ll find some other uses for that land,” Maynard said. “There’s endless possibilities of organizations or institutions that would like to be at the corner of Rosa Parks and Jefferson Street.”


Yeah, maybe they can find another payday lender, a new pawn shop, or a bail bonder to drop into that spot.

This is just another example of resources and planning efforts flowing away from North Nashville. Even the business leaders and CMs who view North Nashville as their territory are writing us off. Frankly, I believe that North Nashville leaders who are not seething at the tragic neglect driving this called audible likely have ulterior motives. The silence of "civic designers" who have drooled over the area for ballparks and charter schools is also sad. No one is standing up for North Nashville.

Maybe if the Mayor had put more effort into spreading rapid mass transit evenly around the city to places like Jeff St then inaccessibility to Broadway wouldn't be blamed for lack of commitment to seeing this 10 year project to its end where it most appropriately belongs: on Jefferson.


UPDATE: The homepage of NMAAM still has a banner mural of its concept located at the Jefferson St location. Notice the North Nashville view of Downtown on the horizon: 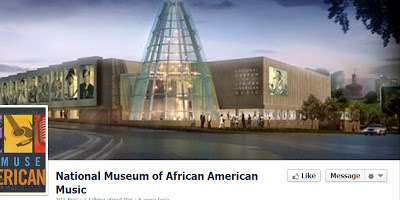 Might be a good idea to replace that one with a new one since they're fleeing Jeff St.

By the way, I put a post on their website questioning the decision and linking to this blogpost. I assumed when I put it up that it would be taken down immediately in order to protect their brand (and it was), but I was surprised to see several weeks of February status updates that I did not see earlier today. The most recent update that I saw earlier was late last year. Just to confirm that, here is what another reader posted in February: