Because people do not live, work, or recreate in North Nashville 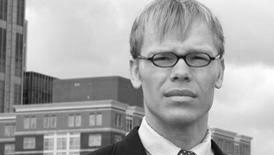 
And what transit toys did the North Nashville's council members bring home to us?


UPDATE: Via Mike Peden, below are the numbers that the Mayor intends to spend on bus rapid transit, east-west.


And in North Nashville:


Notice that the cost for streetscape designs alone--that is design stuff like planters, landscaping, lights (likely with expensive underground power lines), attractive seating, art, etc--starts out at $38.4 million for phase 1 and continues up in the final design. There is no "design" component mentioned with the measly $4.8 million he sets aside for North Nashville BRT altogether. The cost of the east-west buses alone more than doubles what the Mayor says he intends to spend on North Nashville BRT.

It does not appear that the North Nashville council members brought much home at all from last night's budget "fight" (a term I use loosely, given the general lack of backbone in the Metro Council).
Posted by S-townMike at 6/12/2013 10:10:00 AM