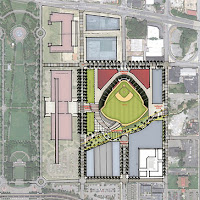 You cannot look to ballpark supporters for sober cost-benefit analysis on the question of financing a new Sulphur Dell and subsidizing the Nashville Sounds in the process. I have a few observations about the events of the past few days in the spirit of being more rational about that process:

After going through the financials, I am still not ready to support a new Sulphur Dell without some assurances that Salemtown's quality of life will be protected. I am also not satisfied with how the concerns of the community, democratically expressed, are being overlooked and ignored by those we elect to represent us.
Posted by S-townMike at 11/11/2013 10:11:00 PM