Save the strong, lose the weak.
Never turning the other cheek.
Trust nobody, don't be no fool.
Whatever happened to that Golden Rule?

Despite my chagrin that we have a Mayor who would turn Nashville's elderly patients over to the foibles of private healthcare providers, I was struck that one council member defended the Mayor with his own peculiar brand of social Darwinism:

Councilman Jerry Maynard, who chairs the council’s Health, Hospital and Social Services Committee, said privatizing the centers would allow Metro to strengthen Nashville General by putting the city’s entire health care subsidy behind the hospital. “I believe that’s our moral, legal and ethical obligation — to provide a public, safety-net hospital,” he said.


Got that? If Karl Dean and Jerry Maynard have their way, we are going to cut off our elderly from subsidized long-term care and accountable Metro oversight in order to flip the funds to general healthcare for those in the population who do not need long-term care. Reverend Maynard's ethics are utilitarian (funding as much good as the Mayor's Office will allow for a larger number of short-term patients, or as Karl Dean calls them, "customers"). But the Reverend's defense is also brute social Darwinism: the younger, biologically superior population deserves the best chances to survive and the access to government subsidies in order to do so. 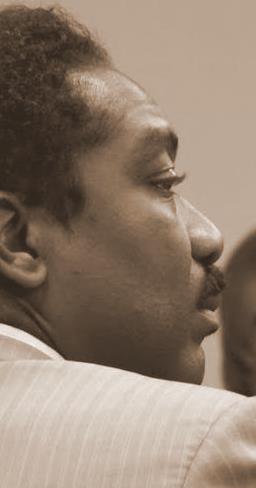 Just like that, after 120 years of the county looking after long-term needs elderly patients, Reverend Jerry Maynard is prepared to sell out nursing home residents' interests to the indifferent marketplace. He is willing to hock instead of promote their welfare. He is intent on casting them out into the world of medical commerce, where are as likely to be picked out of the herd by industry hyenas as they are to get accountable medical treatment.

The trade-off: he saves his own pet projects. Word is he is planning to run for Mayor, so I assume "saving" Metro General while letting the elderly go has value as future campaign fodder.

This is a brave new world. Government leaders who call themselves "Democrats" no longer even bother to lift a finger to advocate for those who cannot any more. To them this is just one more privatization deal to grease the skids of the special interests.

Jerry Maynard's resume includes pastoring a church. I assume that means that he sees himself as an authentic Christian minister. I wonder how he reconciles these ethical compromises with power and money to the teachings that his faith tradition considers as definitive for character. When I survey Christian scriptures to find justifications for subjecting weaker people to brutal societal forces I instead read these:


I don't see how a Christian minister can adhere to these tenets but exercise a lifeboat ethics, cutting loose those assumed to be less worthy of the guarantee of a public safety net. If anything, Reverend Maynard should be advocating for the elderly at Bordeaux precisely because his Christianity will not allow his politics to turn away conveniently from the most vulnerable like the priest and the Levite on the Jericho road.

If he has heard the words of Martin Luther King, Jr. in the past, perhaps Reverend Maynard needs to hear them again with fresh ears:

the Jericho road is a dangerous road. I remember when Mrs. King and I were first in Jerusalem. We rented a car and drove from Jerusalem down to Jericho. And as soon as we got on that road, I said to my wife, "I can see why Jesus used this as the setting for his parable." It's a winding, meandering road. It's really conducive for ambushing. You start out in Jerusalem, which is...1,200 feet above sea level. And by the time you get down to Jericho, fifteen or twenty minutes later, you're about 2,200 feet below sea level. That's a dangerous road. In the days of Jesus it came to be known as the "Bloody Pass." And you know, it's possible that the priest and the Levite looked over that man on the ground and wondered if the robbers were still around. Or it's possible that they felt that the man on the ground was merely faking. And he was acting like he had been robbed and hurt, in order to seize them over there, lure them there for quick and easy seizure. And so the first question that the priest asked -- the first question that the Levite asked was, "If I stop to help this man, what will happen to me?" But then the Good Samaritan came by. And he reversed the question: "If I do not stop to help this man, what will happen to him?"


It is hard to reconcile MLK's view with a social Darwinist or utilitarian politics that argues that good government should not be "in the business" of securing the common good. Securing the common good means spending more and risking more for those most spent and at most risk in our society. It means stopping to help those who need our help even when rational calculations tell us that it could cost us.

In all of his words defending Mayor Dean on privatizing healthcare, Reverend Maynard does not bother to stop and ask what might happen to the elderly Bordeaux residents once their facilities are privatized. His faith is built on nothing less than the marketplace and Dean's noblesse.

But Reverend Maynard's problem is that he frames the question completely at odds with the common good. We are not simply in the nursing home business by providing long-term care for the elderly. We are not simply competitors with private industry. Publicly-subsidized healthcare, which Reverend seems to advocate when it comes to Metro General Hospital or Obamacare, is a safety net for those who might not benefit from privately-run care. Any one of us deserves refuge at our lowest moments, and those of us who are at most risk, especially so.

Publicly-managed long-term care should be sanctuary from the predatory inclinations of the private enterprise system, where the goal of making money can overwhelm the mandate to do no harm. It shouldn't be another real estate deal that Metro government brokers under the guise of the "public-private partnership". Why should government be in the business of real estate if it should not be in the business of healthcare?

We rely on our legislators to be advocates for protecting patients from the market rather than being lackeys for private healthcare interests who covet the windfall of flipping public long-term care to the marketplace. We deserve better from Jerry Maynard.
Posted by S-townMike at 2/05/2014 04:22:00 PM