The City of Detroit has decided to ignore the idea that access to clean water is a human right. They have spent the last few months turning off the water of residents who cannot pay even though rates have been hiked to cover some questionable financial choices the city has made over the years. They only started turning off businesses who have not paid--which make up the lion's share of the cost of delinquency--last week. Golf courses in Detroit owe hundreds of thousands in unpaid bills, yet they get preferential treatment.

Sunday Detroit Water representatives took to social media to accuse people who are trying to get water of "stealing" it from their utility, and they looked like thugs threatening their customers on Twitter: 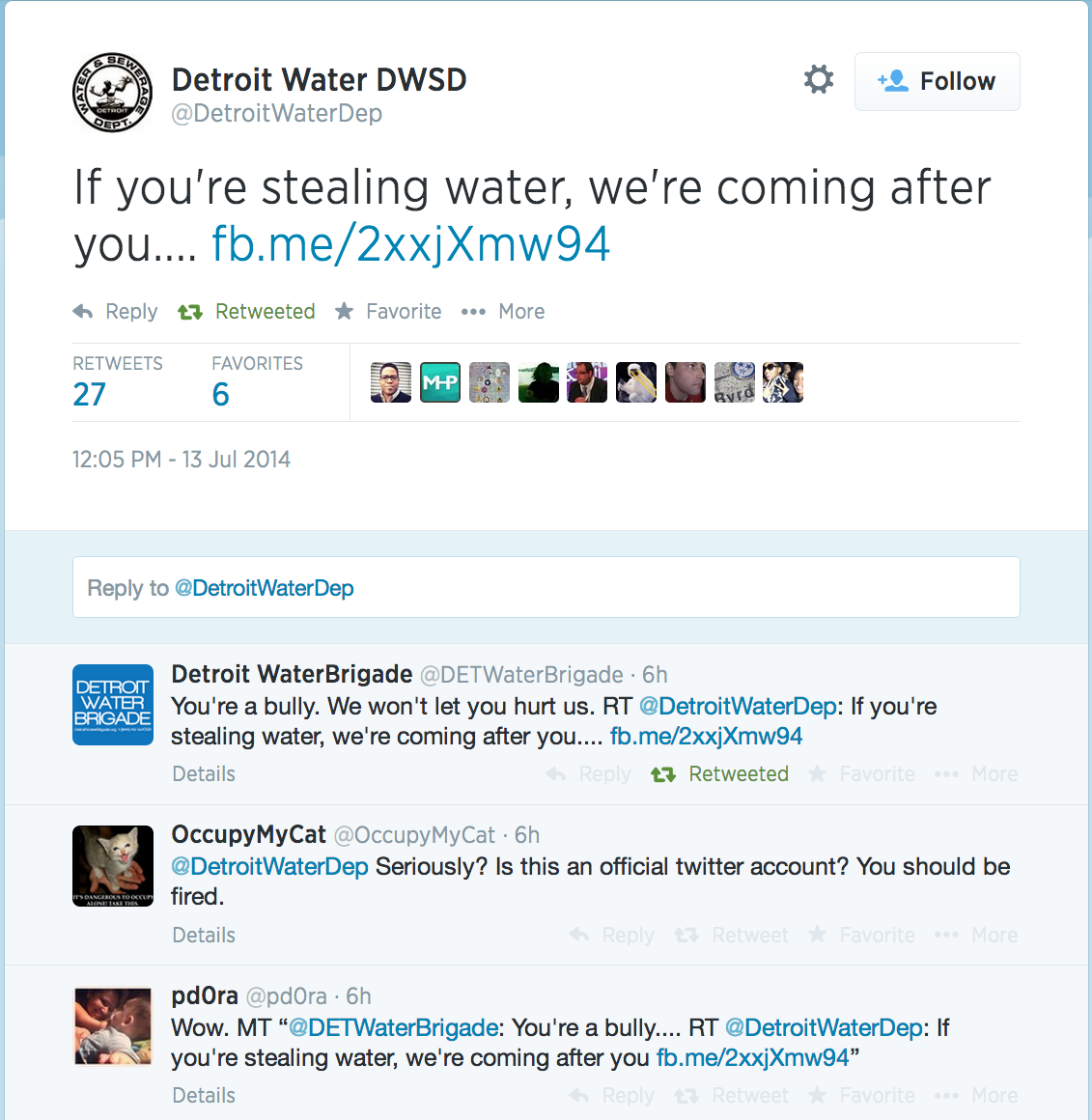 This is worse than bad PR. It reflects the neglect and disdain that increasingly privatized municipal services, heavily influenced by business sector wealth, have for ordinary people living in difficult times. The double standard is clear: wealthy people have need of golf courses; they have no need of people who can't afford to bankroll brokered water. They have no need of universal human rights.
Posted by S-townMike at 7/13/2014 11:35:00 PM