Leave it to a registered lobbyist to defend entitled council members against public criticism.

In response to a reporter's tweet tonight regarding a citizen's comments about CMs on their cells during council public hearing, James Weaver leapt to the defense of Metro Council: 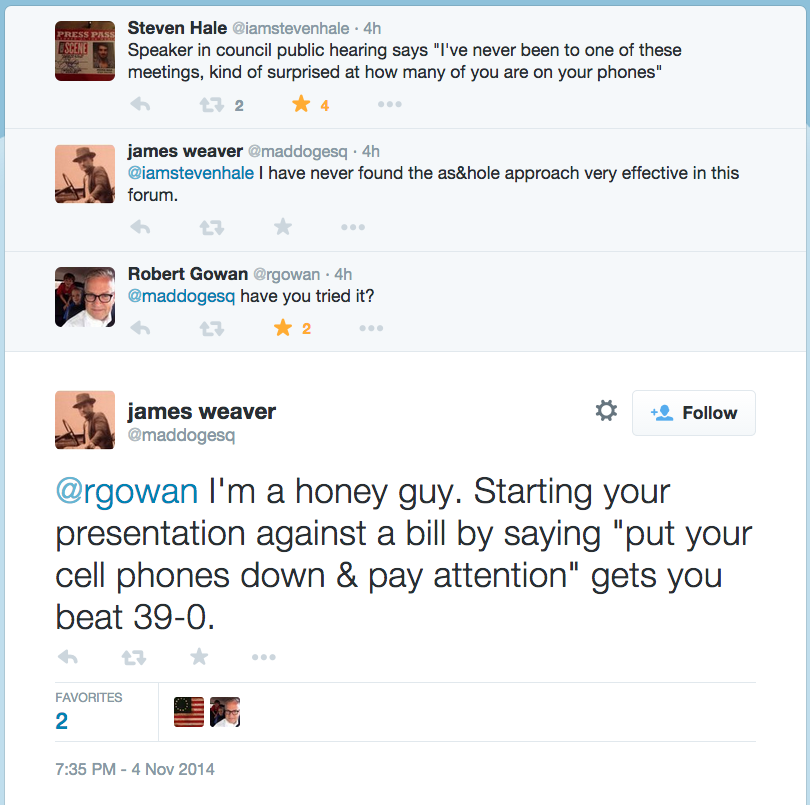 Mr. Weaver has used a bit of honey, sometimes testing boundaries, in his efforts to lobby the council on various issues in the past, so I guess he should know how to sweeten the pot and to prompt council response. I'm not really worried about a lobbyist. What strikes me as unflattering is the idea that constituents have to pour honey (via patronizing lobbying and campaign donations) on council members to motivate responsiveness to their community.
Posted by S-townMike at 11/04/2014 11:47:00 PM