We amount to more than "superimposed human silhouettes"

A city planner criticizes a Minneapolis improvement project totaling $50 million due to scant attention it gives to community-based input and democratic process. Given the recent move in the Metro Planning Department away from community-based planning toward a process sponsored by the Nashville Chamber of Commerce, he has some relevant things to say to us:

It would appear only a handful of people want this redesign, but it just so happens those handful of people are the one's with enough political connections to get the City to subsidize their want. We are witnessing the continuation of a failed top-down, 'Power Broker' system:


Where projects are funding from State and Federal sources, local input is limited to ensure the process goes as quickly as possible. Local political leaders go along with the process, despite it’s flaws, because it isn’t local money. It is something for nothing and, at that price, something is better than nothing.

In the planning profession, we spend a lot of time talking about the virtues of Jane Jacobs’ works but pay her little respect in practice. Our planning projects, and the leadership that supports them, still hold to modernist planning practices that have been long criticized. Our leadership, despite good intentions, continues to develop projects that accommodate those who do not live in the city all while paying lip-service to public input, diversity, and the little slices of chaos that make places great.

It begs the question: Are we still in the era of top-down modernist planning?


I don't know about Minneapolis, but Nashville is most certainly still in an era of top-down modernist planning, even with Metro being the primary funding source for many projects. 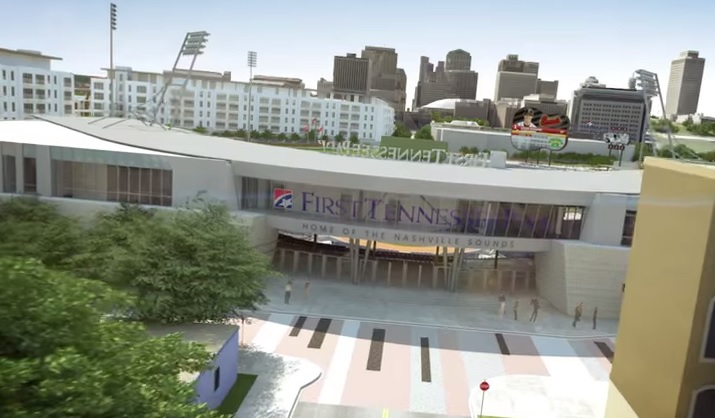 Yesterday, a person responded to my question about what he thought about proposals to change zoning and community character in order that historic buildings in Midtown give way for large hotels and mixed-use complexes, "It's the same developers who always get what they want. It's a done deal." Around the way, First Tennessee Park is being built with practically no community input, vague assurances from designers that it will reflect the local neighborhoods, and many "superimposed human silhouettes".

That's how growth happens in Nashville. Top-down, with power brokers driving planning and zoning. Metro Planning has even given up on community-based planning. Nashville Next, which pays lip-service to community input, has diluted the influence local communities can have on development by emphasizing region-wide coordination of opinions for one comprehensive vision for everyone. The Metro Planning Commission has few neighborhood-friendly, preservation-minded, affordability-touting advocates left to whom to appeal.

We are by no means nearing the end of top-down modernist planning. It chugs along unchecked in Nashville. The bulk of us are not much more than fine shadows to the power brokers.
Posted by S-townMike at 1/14/2015 08:18:00 AM