A perennial recurrence in Salemtown since I moved here 6 years ago is the failure of Metropolitan Development and Housing Agency to properly care for its Section 8 housing properties. Once again this year MDHA, which manages Housing and Urban Development-subsidized housing, is allowing some of the grass on its properties to rise to a codes-violating height.

The irony in this instance is that the offending 7th Avenue North and Garfield Street property adjoins streetscape elements--crosswalks, period street ID signs, traffic bulb flora, lamppost--that were funded by a HUD block grant. The construction of those elements, which are intended to enhance rather than obstruct neighborhood quality of life, were also managed by MDHA. What QOL MDHA might giveth it also taketh.

Yesterday a band of us went around weeding and cleaning up the traffic bulbs, which in some cases are overwhelmed by the curb-side thickets on 7th Avenue. Today I reported MDHA to Metro Codes for keeping tall grass and the garbage that gets caught there. If you would like to report MDHA for violating Metro Codes, you can do so online after the jump. 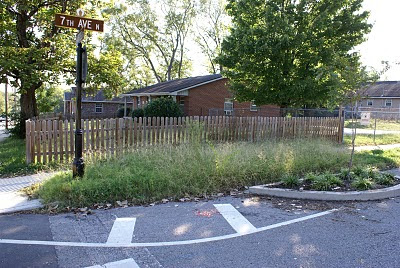 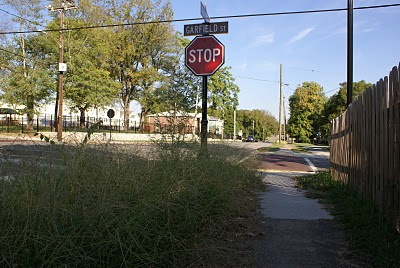