major controversies at the gathering in Chicago last month received national visibility. First was the early endorsement of President Obama’s re-election bid, advocated by the national leadership despite some resistance from several state affiliates, including the California Teachers Association.

Most of the debate occurred within the state caucuses, which was very contentious in some states, such as Tennessee .... 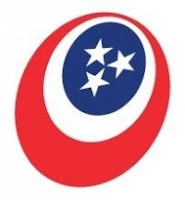 The context for the union’s debates is all too evident. Public education is the major battlefield not only over adequate funding for public services but also over the very ideology of government: How do we value government-run services and the workers and unions who provide them?

Teacher unions are portrayed as rigid and intransigent, attempting to protect members (often the most senior) who are “incompetent.” We are labeled as obstacles to “real reforms” that would help students and parents, many of them facing blatant economic and racial discrimination.

Rarely do we hear about how curriculum has been bastardized to conform to numbing standardized tests or about how charter schools are massively subsidized, taking public money while showing little accountability to the public and fighting teachers’ attempts to unionize.

Instead, the ills of public education are supposed to be solved by instituting divisive merit pay to reward “good teachers,” undermining seniority, and ousting “bad teachers.”

All this, while more and more working-class young people are pushed out of the education system and have their opportunities severely curtailed. At the center of these policies is the Obama administration and its Department of Education, using its “Race to the Top” funding mechanism to further this agenda.

Some of these themes that so concern labor are air-brushed into a Gates Foundation-funded marketing video, which includes comments from the TEA president, a gaggle of Tennessee Republicans and a few red-state Dems, and Francine Hunt, a leader with Stand for Children, which was one of the sponsors of this video.

Truth For A Change from TN Truth on Vimeo.

That is quite a production. We will see if the glossy, feel-good expectations materialize or whether "education reform" saps resources, maintains a firmly stratified caste system that allows only a few without wealth scant chance to succeed and eventually lowers the boom on the teachers it includes in it marketing campaign now. And campaign is the right word. This is a political campaign and the teachers unions should be concerned if not just a little unhinged.
Posted by S-townMike at 8/09/2011 10:43:00 PM