I want to ride my bicycle

The Nashville restaurant business is a tough one. I've lived here nearly a quarter of a century and I've watched them come and go; birthed, prosper and blow away like ashes in the wind.

I used to buy cat food in the old Jones Pet Store in Hillsboro Village. Then I stood in the same shop on Fido's opening day at the counter (that replaced a line of fish tanks), and I ordered my first of many coffees. I also wrote half my dissertation at Fido, setting the trend early of annoying students who occupied the place for hours (except that I made a point of purchasing food and drink during busy times so as not to miff "Bongo Bob" Bernstein). Fido is one of the few places with staying power, and that makes my remembrance of its early days that much more significant.

Since moving to the North End in 2004, we have been able to rely on the Big 3: Mad Platter, Germantown Cafe, and Monell's not falling to Nashville's fickle dining market. However, newer places like a coffee shop called Drinkhaus, a hotdog cafe called Zackies and a sweets boutique called The Cocoa Tree have shuttered. (I should at least mention City House, a newer place that has held its own for several years).

And we really have not had the benefit of a bona fide breakfast place (my personal favorite for meal of the day), although Garden Brunch Cafe may qualify despite its brunchiness (and the Garden Brunch owners are salt-of-the-earth folk you should meet if you have not already). However, all of the sudden we do with the opening nearly three weeks ago of The Red Bicycle Coffee and Crepes, which previously served the denizens of Chapel Hill, North Carolina. 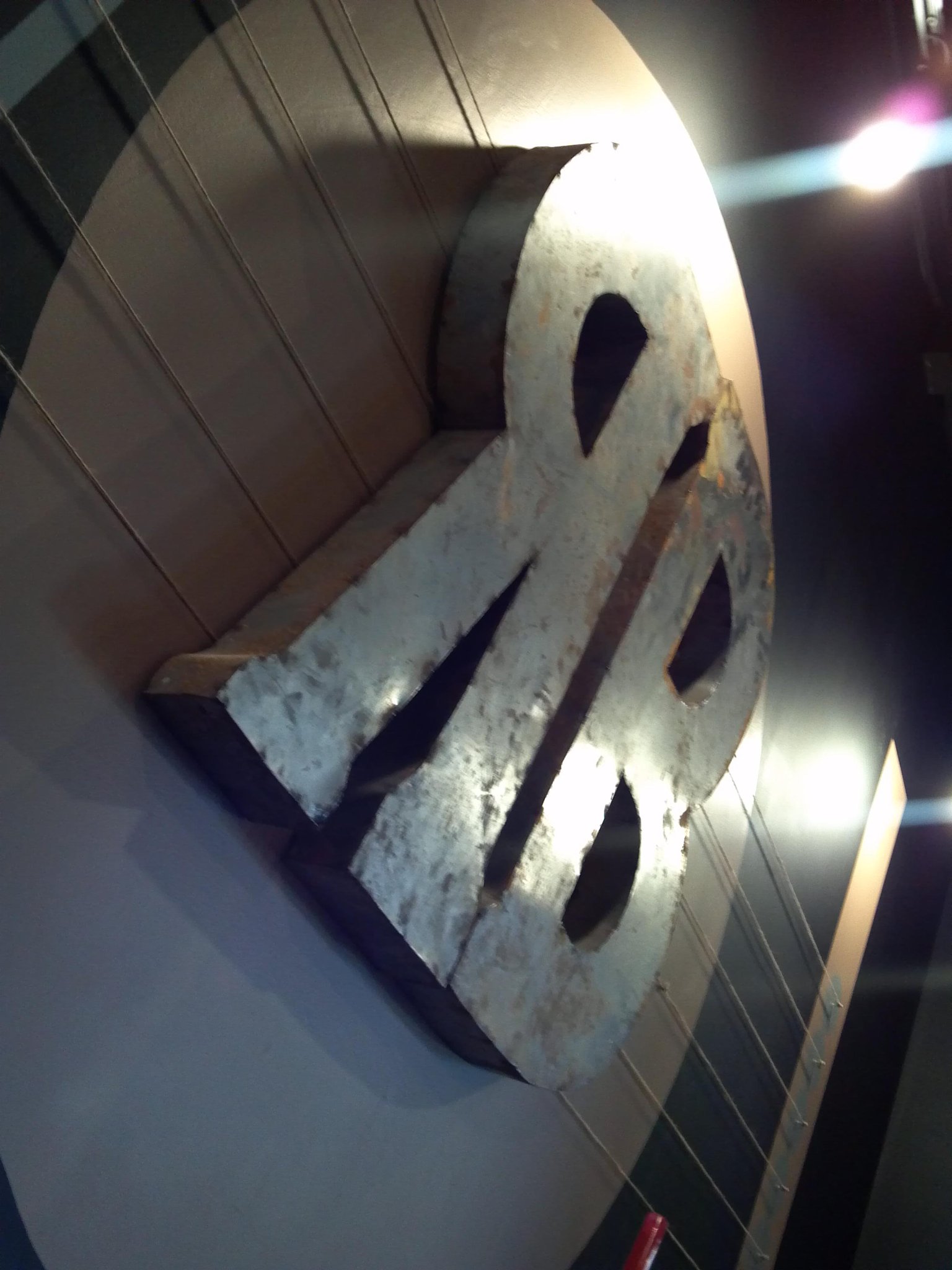 I have now been to the Red Bike at least half-a-dozen times and I have not had a bad experience or fare. Full disclosure: my taste preferences run from savory to spicy, so I have not yet tried their sweet menu. To tell you the truth I liked the savory crepes I've had so much I may never get to the sweet side and still not regret it. I have tried at least four variations of their breakfast crepes (the "Good Morning" with meat and without, the "Wake Up" and the "Yummy Crepe") and two variations of their lunch crepes (the "Thai" and the "Bacon Cheeseburger"), and I thoroughly enjoyed every single one. Given what you might be in the mood for, each is a winner in my book.

I have to say that I have had more crepes in the past two weeks than I had in the past twenty years, so there is definitely a niche among my taste buds for something extraordinary.

The only glitch in their menu that I see is that the salsa that they serve with their chips and salsa is not what I have traditionally called salsa. It is more of what we from my corner of the southwest refer to as "picante sauce", which is thinner and less chunky than salsa. No matter. They send it out in a supersized coffee mug with a huge plate of chips that I could not finish by myself. More for sharing. 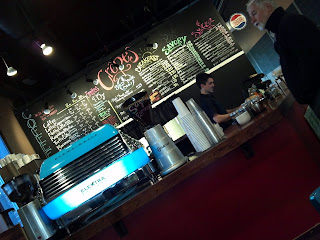 My preference in breakfast drinks runs toward the espresso end of the pool with lots of shots, and again, nothing sweet. Their breves (steamed half-and-half instead of milk) are the best I have had in our end of town (yes, better than the departed Drinkhaus, of which I was a loyal customer). They pull their shots from a cool retro machine that looks like a shade of Tar Heel blue. I have had the coffee with my meal and stand-alone, but I have yet to be disappointed in their skills. In fairness, I should mention a couple of other eateries in or near the North End whose espresso drinks are also worth a mention. Newly arrived Swaffles (across 5th from the Red Bicycle) has brewed me a mean cup of coffee the several times times I have been there. They tell me that they were schooled by some of Bongo Bob's minions (the legend becomes legacy). Also, I refer you to Garage Coffee Company a short drive away in Marathon Village. They also pull tasty java.

A big selling point of Red Bicycle for me is that they are open 6:30 am to 9:00 pm. Those hours are rare in this community and we need to avail ourselves of the privilege. If you follow their Twitter stream, you'll get daily tweets on specials they have during the evening hours until closing (2-for-1 crepes, 50% off drinks, etc). They have knocked out the cozy boutique that was The Cocoa Tree into a big, breathing dining room that bests any other shop at the corner of 5th and Madison (excluding Silo). The way things are setting up, the Red Bike could be to Germantown what Fido has been to Hillsboro Village. That is a hugely favorable comparison based on my experience.
Posted by S-townMike at 2/07/2013 11:57:00 PM