What is Metro Parks thinking? (UPDATED) 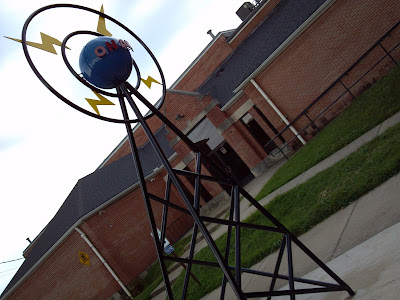 In the past few weeks a tall metal object with the words "On Air" (pictured above) was constructed at Morgan Park near the playground and in front of the community center. It is obviously an homage to Nashville's broadcast past.

But is it meant to be a climbable jungle gym for kids?

If so, I'm not sure what the design wizards at Metro Parks was thinking. Unlike the playground equipment, which is set on top of a cushioned, rubberized surface that softens falls, the radio tower (or microphone?) is set in cement. And look closely at yellow electric bolts attached to the upper rings. The sharpened metal plates are exposed. I could very easily see a climber horribly impaled on them after a misstep. 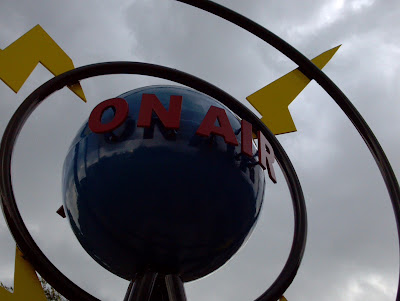 This strikes me as one huge design fail.


UPDATE: thanks to a tip in the comments below I searched the Metro Arts website and discovered that this sharp-pronged metal tower is actually a bike rack that Metro Arts (managed by Jennifer Cole, wife of former CM Erik Cole) commissioned in 2010. That explains the concrete pad it is sitting on. Now, how are they going to keep the little tykes who frequent the community center and Morgan Park playground from climbing "Steelskin Studio On Air" and either falling on hard concrete or getting speared on those cutlass-like steel bolts atop the pylon? Is public art in a public park really "public" if it is not kid-friendly? How could Metro Parks approve installation of this design? Why couldn't Morgan Park get safer public art, like the "handlebar mustache bike rack"? 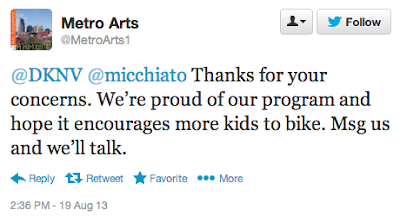 Of course, no one was impugning their program. In fact, if they had bothered to look back in the Enclave archives, Metro Arts officials would have seen that I am largely supportive of the program of public art, especially against the demagoguery of conservatives.

But this post is plainly not an attack on their program. It merely questions whether installing a tall monkeybars-like feature with hazardous sheet metal elements near a playground is a wise practice, even under the auspices of "art".