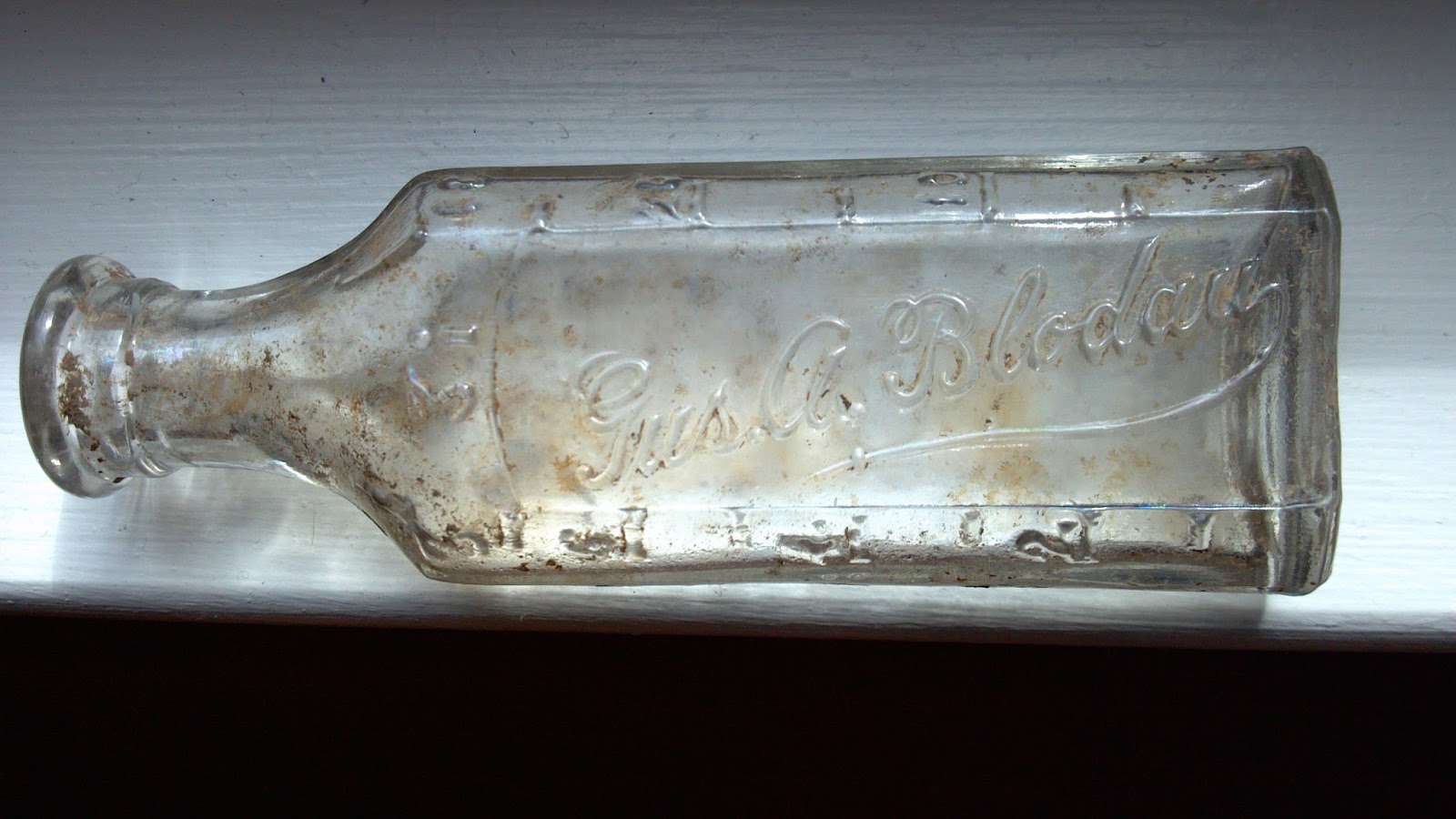 Earlier today I was doing some yard work and found a small medicine bottle near the back alley with the name "Gus A. Blodau" embossed on it.

Here is what I found out about Gus Blodau with some initial research. According to the 1930 U.S. Census, Gustave Aldophus Blodau was born somewhere in Tennessee in 1868 and married to Linda Hoff Blodau. He owned a pharmacy at the corner of 5th Ave. N. (at one point named "Summer St. N.") and Monroe St. The records seem to suggest that his father, John, and a son, George, died around that same intersection. Perhaps in the family home?

Here is what the 1913 Bulletin of Pharmacy says about Gus Blodau:

... a well-known pharmacist of Nashville, Tenn., has for years been conspicuous in the political life of the city. In 1889 he was elected to the City Council. He was re-elected to the Council three times, and during his last term was president of the body. Following this service, he was appointed a member of the Board of Education by one mayor, and reappointed last January by the present mayor. In this capacity Mr. Blodau has made several trips of inspection to different cities around the country, and has made a particular study of manual training. Much credit is due him for the excellent provision now being made for manual training in the new half-million-dollar high school under erection in Nashville [Hume-Fogg?]. Incidentally it may be said the Mr. Blodau is a firm believer in public ownership, and during his service as a member of the City Council he assisted Mayor Head in the installation of a municipal lighting plant, which has made Nashville one of the best lighted cities in the South.