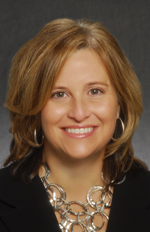 In the only statement I have seen from mayoral candidate Megan Barry on the implications of the shooting of Mike Brown in Ferguson, MO and the resulting protests and police crackdowns in St. Louis County, she tweeted the following with a link to an Atlantic article on city-county consolidation:

Reading the Atlantic piece sheds little or no light on what Ms. Barry is driving at. It claims that consolidated government would "knock down some of the structural barriers that prevent black residents in St. Louis County from succeeding." How has the consolidation of Nashville and Davidson County knocked down structural barriers? Before April 1, 1963 (when Nashville's consolidation became official) one of the most dramatic revolutions in Nashville history occurred when Nashville desegregated. It was in no way facilitated by consolidated government.

Instead, the Nashville sit-ins emerged, lead by young African-Americans--trained in non-violent tactics--who challenged segregated lunch counters by sitting in "Whites Only" areas. They were beat up by violent white mobs and then arrested by the Nashville police. They resisted without returning the violence. They tactically refused bail. As more waves of demonstrators filled up the jails, other African-Americans engaged in a crippling boycott of Downtown businesses.

The climax of the sit-ins occurred after the home of African-American Alexander Looby, who lived in North Nashville, was dynamite-bombed. The next day a large number of Nashvillians marched to the courthouse, where they were greeted by Mayor Ben West, a moderate who had before that day had left questions of segregated lunch counters to storeowners. In a dramatic moment sit-in leader Diane Nash asked Mayor West if he thought segregation was wrong. Mayor West responded: " I appeal to all citizens to end discrimination, to have no bigotry, no bias, no hatred." Taylor Branch tells the rest:

"Do you mean that to include lunch counters?" asked Nash, pressing the issue. She was standing face to face with the mayor. Her bravado hushed the crowd into silence.

"Little lady," West replied trying to be genial, "I stopped segregation seven years ago at the airport when I first took office, and there has been no trouble since."

Nash bored in relentlessly, "Then, Mayor, do you recommend that lunch counters be desegregated?"

West, a moderate white politician skewered in public before an emotional crowd answered the crucial question with a single word, "Yes." This drew cheers.

What also helped Nashville was a national context: a movement that would leverage federal laws making segregation illegal. But before Nashville became the first US city to consolidate, it became the first southern city to desegregate. The disciplined non-violent action against segregation at lunch counters and movie theaters continued up through the year of consolidation until the next year with passage of the Civil Rights Act of 1964 (making desegregation the law of the land). So, how can Ms. Barry claim, without explanation, that "consolidated gov't helps" keep us from becoming St. Louis County, where racism still seems to have a free hand?

Frankly, the Atlantic piece she calls "good" seems to be using the publicity of the Michael Brown slaying and the situation in Ferguson to draw the frenetic traffic of the last 10 days to arguments that the author deeply holds without real connections to breaking news. As a result I do not find the article compelling. It provides practically no comparative evidence for judging whether events in Ferguson are more likely to happen because of unconsolidated St. Louis instead of consolidated Indianapolis. It makes the bizarre claim that poor people in Ferguson are more prone to predatory lending. As if they are not in cities with consolidated government, like Nashville?

The number of payday lenders has exploded in Nashville as have the campaign donations those lenders give to council members, mayoral candidates, and people running for the General Assembly. If our consolidated government "helps," as Megan Barry claims, how do so many predatory lending outlets charge poor Nashvillians such sky-high interest rates while lining the pockets of powerful politicians? Davidson County no more makes consumer protection from predatory lending a priority than St. Louis County seems to. Is Ms. Barry indicating that she might use consolidated government to regulate the lenders? That would be a breath of fresh air after Karl Dean, who once crowed: "The less regulation of business we do, the better."

I do not have any objections to the concept of consolidated government. It does a lot of good things for Nashvillians. I would not want the separation that plagues St. Louis.

By the same token, I believe that candidates for the Mayor's Office should formulate clear ideas on how they would govern in a crisis like the one in Missouri without reaching for rationalizations just to make us feel better that we are not like them. Ferguson is preying on the minds of many Nashville voters. We should expect clear answers from candidates; not convoluted references to consolidation designed to make our city seem sheltered against prejudice and military-like crackdowns.

Consolidation did not save Nashville from segregation. Why would it shelter us from resegregation?

a town hall meeting to discuss the recent Ferguson, Missouri, riots and launch Nashville Unites, an initiative with the following objectives: 1) foster dialogue between police and citizens; 2) propose a community liaison program between precincts and their communities; 3) develop youth leadership; 4) highlight Mt. Zion’s mentoring program for adult men; and 5) commit to follow-through on all initiatives so as to build trust and ensure a more peaceful city that is a national model for collaboration 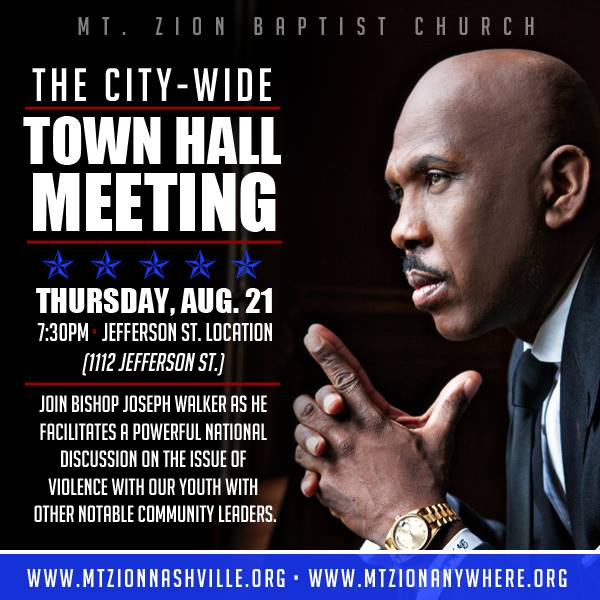 I am hearing that Megan Barry as well as other candidates for office have signed on to participate. I appreciate that they have put their "ice bucket challenges" on hold long enough to respond to pressing matters that concern the actual responsibilities of a mayor. Maybe we will get some substantive answers from her on what if anything consolidation has to do with stopping police brutality in underrepresented communities. The mayoral candidates are coming to North Nashville.

UPDATE: According to a commenter below, Ben West's historic encounter with Diane Nash happened somewhat differently than the way Taylor Branch reported. The Nashville Mayor was said to be speaking out of school on his role in integrating the airport:

On the steps of the courthouse with Diane Nash and Mayor West that day was Rev. C.T. Vivian. When West proclaimed to have integrated the lunch counters at the airport, it was Rev. Vivian who reminded the mayor that it was President Kennedy who had integrated the airport as this was federal property. West tried to take credit for something that he had not done as to appear that he had been supportive of the cause. After Vivian called him on it, and Nash put the question to him again, the mayor searched his heart and agreed with Miss Nash. (Heard Rev. Vivian tell this account himself).


Go to the comment section to read the rest of her or his thoughts.