Is Moving Nashville Forward a non-profit organization or a PAC? 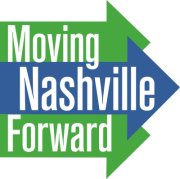 The Nashville City Paper caught wind of Karl Dean's $26,000 contribution to Moving Nashville Forward, which greased the Mayor's agenda by rebranding it as popular. The journos focus on the question of whether MNF is a non-profit organization (which would legitimate the huge Dean contribution) or a political action committee (a.k.a. "PAC", which would make the Dean donation dubious):

Moving Nashville Forward did not organize as a political organization [PAC] and is therefore not required to submit its list of contributors to the Davidson County Election Commission. None of its membership registered as Metro lobbyists either.

Rather, [Erik] Cole said the group is a 501(c)(4) nonprofit and would be filing a financial report with the Internal Revenue Service at the appropriate time ["would be" filing a financial report after the questions are posed?!]. He was unable to provide The City Paper with a full list of Moving Nashville Forward donors but said it represents the various stakeholders who publicly supported Dean’s tax increase. (Efforts by The City Paper to locate the group’s nonprofit certification online were unsuccessful.)

Moving Nashville Forward originated on May 14 with a press conference hosted by three of its members, including Cole, who issued an “invitation to any and all who want to join the effort.”

Leading up to the council’s definitive tax hike vote, the group’s activities included encouraging citizens to email council members to vote for the mayor’s property tax increase. The coalition also rallied supporters to pack the council chambers for the budget’s public hearing.

We're in line-blurring territory here, with non-profits-that-are-not-yet-non-profits packing council chambers in a fashion that that either PACs or grassroots organizations would with supporters to lobby Metro Council on a controversial budget proposed by a Nashville mayor whose political aspirations for higher office in Tennessee necessitate as many wins as he can notch.

Here are conditions, according to the state's Bureau of Ethics and Campaign Finance, under which Karl Dean is allowed to contribute his campaign funds to other organizations:

Whether an expenditure of campaign funds by a candidate is made for a political purpose depends upon all the facts and circumstances surrounding the expenditure.  An activity engaged in between elections by a candidate which is directly related to and supports the selection, nomination or election of that individual to public office is considered political activity.  An expense which would be incurred by an individual regardless of that person’s candidacy for public office is considered an expenditure for a nonpolitical purpose, except as allowed for the expenditure of surplus contributions.

ALLOWABLE USES.  A candidate with surplus campaign funds from an election shall allocate unexpended funds to one (1) or more of the following:

a.)    The funds may be retained or transferred to any campaign fund pursuant to Tennessee’s reporting requirements, except a candidate for local office shall not transfer surplus funds from such an account to a campaign account for the General Assembly or governor.  T.C.A. § 2-10-114(a)(1)

b.)    The funds may be returned to any or all of the candidate’s contributors as set forth in a formula or plan specified in the candidate’s disclosure of the allocation.  T.C.A. § 2-10-114(a)(2)

f.)     The monies may be distributed to any organization which has received a determination of exemption from federal income taxation pursuant to subsection (3) or (4) of 26 U.S.C. 501(c), if such organization is currently operating under such exemption.  (Section 501(c)(3) includes any non-profit organization that operates exclusively for religious, charitable, scientific, public safety testing, literacy, or educational purposes, or to foster national or amateur sport competition, or for the prevention of cruelty to children or animals.  Section 501(c)(4) covers any non-profit civic organization operated exclusively for the promotion of social welfare and also includes certain local employee associations when the associations’ net earnings are devoted to charitable, educational or recreational purposes. [emphasis mine])  T.C.A. § 2-10-114(a)(6)

g.)     The funds may be used to defray any ordinary and necessary expenses incurred in connection with the office of the officeholder.  Such expenses may include, but are not limited to the cost of advertisement, membership fees, and donations to community causes.  T.C.A. § 2-10-114(a)(7)

h.) The funds may be distributed to any institution of public or private education in the state for the purpose of supplementing the funds of an existing scholarship trust or program. Please remember that state law requires that the organization to which you are making a contribution must have an up to date exemption from the Internal Revenue Service, in order for your contribution to be proper under this provision.  T.C.A. § 2-10-114(a)(8)


After seeing the Dean donation, an Enclave reader checked with the Tennessee Secretary of State and found out that Moving Nashville Forward is indeed not currently registered (as required) as a non-profit organization. If, in fact, MNF had been interested in the "promotion of social welfare", why would they have failed to register with the state in advance of the highly publicized campaign to pass the Mayor's budget? And, given the ethics rules, how do they qualify as a non-profit organization eligible to receive Karl Dean's $26,000 donation in the first place?
Posted by S-townMike at 7/25/2012 11:59:00 PM