All but one of these committee chairs voted yes to Mayor Karl Dean's convention center project. Looking at this list could make one wonder whether the Vice Mayor believes administration critics have the ability to lead Metro Council. Particularly noteworthy is CM Barry's appointment to the Mayor's little resolution compressor, the Council Budget and Finance Committee.
It is not just that Ms. Barry uncritically supported the Music City Center. There has been very little coming from the Mayor's Office that Megan Barry has not promoted. 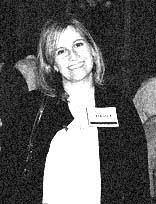 Along with CM Ronnie Steine, she represents the path of least resistance to Karl Dean.
Whether the foolhardy, imminently floodable placement of the West Police Precinct or the Mayor's inequitable levy of new stormwater fees favoring those who generate the most runoff or the laughable, symbolic "living wage" initiative that helped fourteen out of thousands of Metro employees, Megan Barry has uncritically carried Karl Dean's water. Now she's reaping the benefit of controlling council's most powerful committee on the Mayor's behalf.
With this bunch of kowtow committee chairs, expect more of the same inconsequential deference from Metro Council that we've grown used to for the last 3 years. Few rivals, challengers, or interrogators in the bunch. No room for independent or unflinching honesty since they will be too busy grooming their political fortunes while riding Karl Dean's coattails.
UPDATE: local Democratic Party booster Sean Braisted suggests I'm seeing black helicopters or a shooter on the grassy knoll rather than being a chastened realist about how local government works or how Megan Barry's actual service has not matched her campaign posture of being an independent voice on Metro Council. Sean's already got personal investment in fighting for certain partisans, so much of what he blogs about local Metro watchdogs like me who value independence have to be read through a Davidson-Democrat-oriented lens.
I commented a response on Sean's blog, but the reply-to-end-all-replies to Sean and other Barry boosters is, "Let's see if CM Barry finally finds her own voice as chair of the Budget and Finance committee or whether she will be as CM Steine was: an intercom for the Mayor's Office. Let's see see if she can bring herself to critique Dean policies publicly that are actually somewhat less than progressive. Or let's just see if she continues to advocate the Dean Machine line even when it is not progressive and even as she ducks accountability for her regressive votes."
Posted by S-townMike at 8/18/2010 06:30:00 PM