The rezoning request for Salemtown properties at 6th and Garfield, which generated sparks on the neighborhood elist a few weeks ago, breezed through a May 1 public hearing with no comment:

[CM Erica] Gilmore requested a hearing from the public on this bill which had been previously advertised. The President asked if anyone desired to be heard for or against the bill and no one came forward to be heard. The President declared the public hearing closed. Ms. Gilmore moved to pass the bill on second reading, which motion was seconded and adopted by a voice vote of the Council.


Without any further objections at the council's public hearing, passage on third reading is a done deal at this point. Even with the way cleared for Roy Dale and Robin York to realized their concept, the vacant property they will build on has deteriorated into an overgrown, vermin-infested, trash-catching, codes-violating mess. Here some photos I took of the southeast corner of 6th and Garfield yesterday: 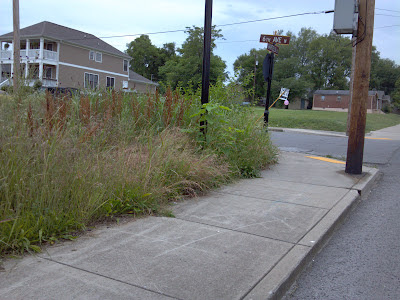 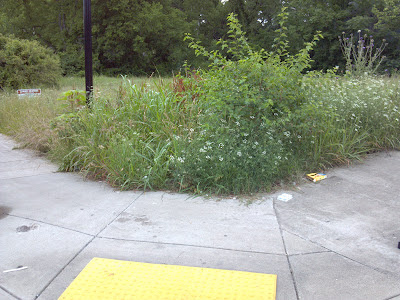 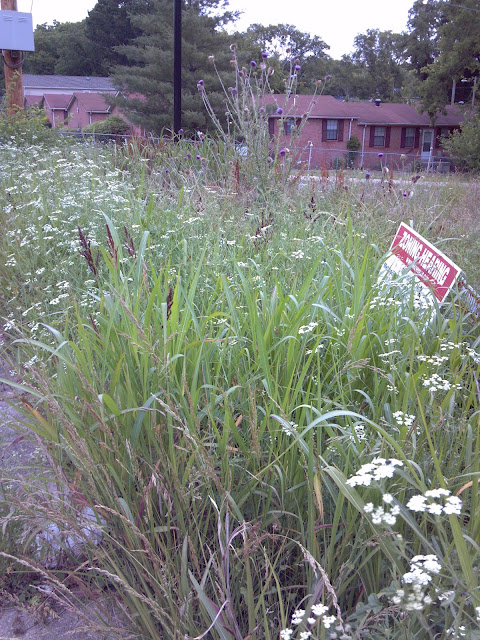 I have listened to both developers and Salemtown's association president preach to neighbors that the way to clean up vacant lots is to give developers a free, unchecked hand to build. Well, these developers enjoyed objection-free public hearings both at the Planning Commission (which I attended) and the Metro Council (which I did not attend), and yet they still neglected their responsibilities to care for their property. It is now a health risk and quality-of-life nuisance for Salemtown.

Look at the photos and convince me that we are not supposed to question the quality of their product when it is eventually built. We're supposed to believe that they give a flying fling about Salemtown?
Posted by S-townMike at 5/14/2012 06:25:00 PM