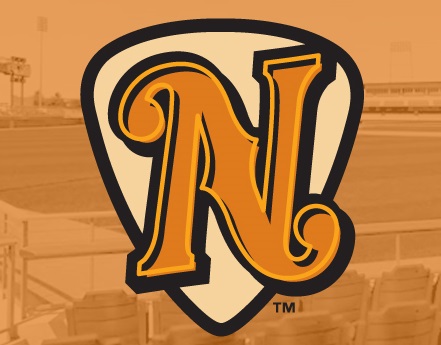 So the team owners introduced their reboot in January:

The main problem with the old-new color scheme is that it alluded "to a tourist strip more than a mile away rather than the neighborhood that's in the shadow." The new-new color scheme returns to the previous colors to make the old guard fans happy, but the modifications say nothing about Jeff St:

The team's new identity, brought to life by Brandiose, a San Diego, Calif. company, pays tribute to Nashville as the world-famous "Music City." The centerpiece of the identity is a new guitar pick "N" logo stylized from an f-hole on a guitar. The logos feature Music City style lettering and the platinum silver color is a reference to platinum records associated with the music industry.


Mind you, one of the new uniform options for 2015 is a jersey that literally says, "Music City," along with a cap with the initials "MC." So, there is already an unmistakably straightforward tribute to Music City. The emphasis is still on the tourism enclaves of Nashville without any doff of the cap to the neighbors and proud history of the community in which it sits.

Before council approval, the Dean administration and Sounds brass were dropping Jeff St monikers like "Jimi Hendrix" (who spent time in Jeff St.'s musical culture after his military discharge) with such reverence that one would expect to hear Hendrix's 1969 Woodstock version of the Star-Spangled Banner played once a week in the new stadium.

Is it too much to ask that the red in the latest Sounds uniform version be called, "Hendrix Red House red"? While a Hendrix album did go double-platinum, many artists who have come through Nashville have platinum honors. How about a specific mention for a Jefferson Street performer?

It's not like I expect a color change to "purple haze" or "Jimmy James blue." It's not like I expect the Sounds to flip their new guitar scoreboard into the left-handed position that Hendrix played. It would just be nice if the team owners could give some kind, any kind of nod to Jefferson Street's music history.
Posted by S-townMike at 2/07/2015 06:00:00 AM