Small print for ballpark groundbreaking says, "Paid for by Karl Dean for Mayor"

It is not in the advertisement below, but the small print from the email containing the ad for the January 27 ballpark groundbreaking at Sulphur Dell notes the event's campaign nature. Here is the ad: 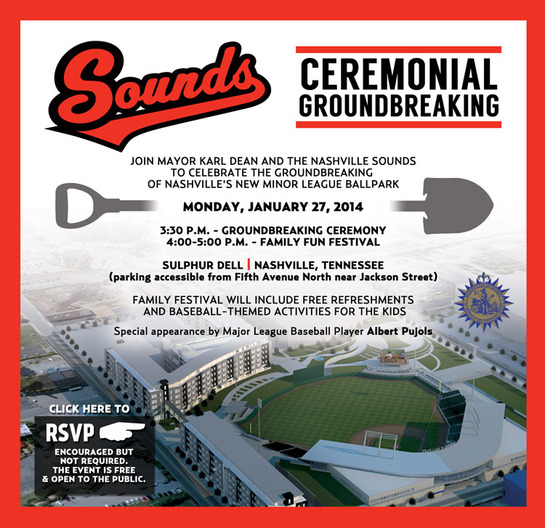 The email explicitly says that the event is not subsidized by Metro government funds, but the ad conspicuously displays the official seal of the Metropolitan Government of Nashville and Davidson County as if it is a sponsor.

By the way, this is not the first Mayor's Office e-mail blurring the line between Karl Dean's campaign aspirations and his official capacity.
Posted by S-townMike at 1/15/2014 02:50:00 PM