Someone needs to kick this ballpark concept until it bleeds baseball

Practically no culture critics that I am aware of have weighed in on the Mayor's new Sulphur Dell ballpark design. That was not the case in 2006, when the Sounds and developers had a design for the Riverfront. I recall weeks of discussion about the design.

Christine Kreyling, co-author of The Plan of Nashville, wrote of the Sounds proposal at the time that it did not integrate the ballpark facility successfully with the other mixed-use development that was part of the project. Looking over the images released for Sulphur Dell, I wonder if Kreyling's opinion would be that different of Mayor Karl Dean's project for North Nashville. Rather than creating a cozy fit between ballpark, residential and parking garage, Sulphur Dell could be accused of repeating the "willy-nilly wedged blocks" of 2006 "Soundsville". Designers seemed to have fit the garage and the residential buildings more carefully along the greenway beyond the outfield wall, but the ballpark seems dropped down with little thought to continuity. 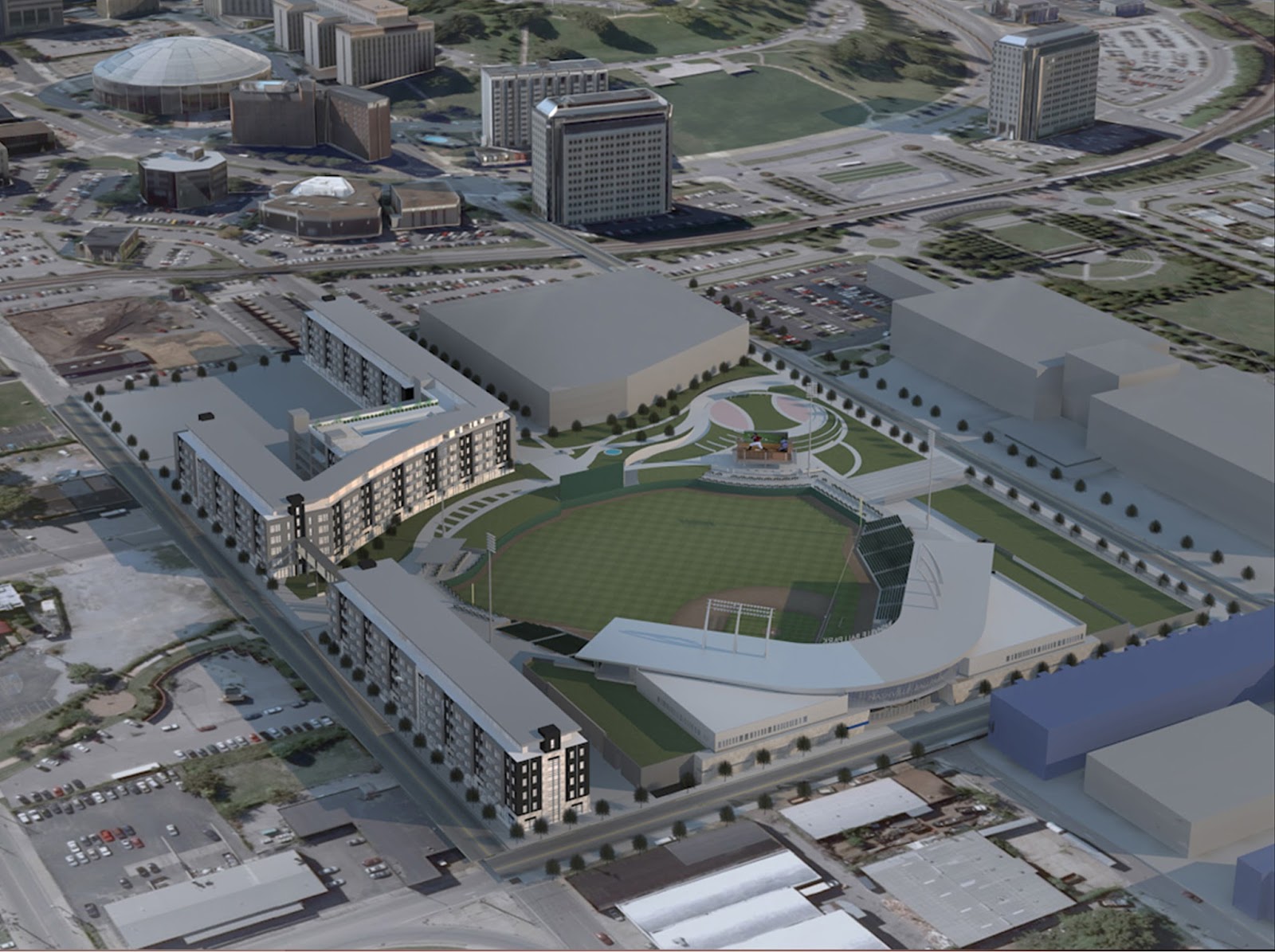 The ballpark in the Sulphur Dell plan itself looks like a low-profile afterthought, almost like the mission here is to express that this is strictly a real estate deal and not the resurrection of hollowed ground of primordial baseball diamonds of old (as went the marketing campaign went before the proposal was approved). In 2006, Kreyling reported that developers intended that residential and ballpark not strive for integration "in case at some point in the future the stadium is demolished." Is the same logic in effect at Sulphur Dell in 2014? Because the new ballpark seems to be strictly an expendable utility player on this field of dreams.

Kreyling also criticized the awkward way that the rounded shell of the 2006 grandstands "stuck on" a squared porch "diluted the strength of the building form." The Sulphur Dell proposal differs in that the rounded wall behind home plate is centered between blocks of its own squared porch instead of pulled toward a corner, but the style looks similar: the Dell's squared off porch seems to nullify the classic ballpark form.

Rather than emerging unmistakably streetside as a ballpark, the form seems to be swallowed into a blank stone wall. If you took the literal reference of the name of the place off the Jackson St. windows, would the building itself communicate "ballpark" or "baseball"? Or could the rounded shell that peeks out from its sandwich between blocks merely seem to be any building suiting any purpose at all? Indeed, the Jackson St. exterior looks like a hoary back wall to the development footprint to the degree that they could add to it a loading dock that would not appear to be out-of-place. 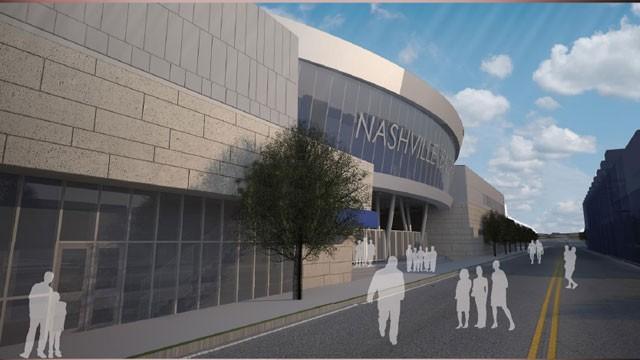 After the blight of Greer Stadium, Nashville may feel lucky to have any new ballpark design at all. But the one they are planning at Sulphur Dell seems to recede to the point of insignificance relative to the real estate around it. One reviewer of stadiums across the USA referred to the exterior of Titans' LP Field as "unspectacular", and I am struck by how the stone and glass skin of the new baseball park resemble points along the blasé hull of LP Field. If baseball in North Nashville history is as venerable, is as important as boosters of the Mayor's plan have insisted for weeks now, don't we deserve a more robust and unmistakable baseball aesthetic for the old ball game, befitting the history of Sulphur Dell?


UPDATE: one of the reasons that the ballpark part of the Sulphur Dell development is more utility than frontline may be because the Sounds club owner, Frank Ward, is more of a real estate mogul than a baseball guy. In a November interview, Mayor Karl Dean emphasized the Ward family's real estate credentials to insist that the real estate would succeed:

I think people need to remember that the current owners of the Sounds came into baseball with a background in real estate development. In fact, the son of Frank Ward, who's the principal owner of the Sounds, that's how he makes his living is real estate development and building student housing. So they have a lot of experience and we're very confident that they want this to move forward.


I don't have a problem with this family wanting to make some money on their real estate business, but the reality that the ballpark element in the development is downplayed and the appointments in the ballpark are meager suggests that baseball is not the focus that it should be.

When I look at Memphis's Autozone Park in contrast I think, "This looks like a park baseball people would build": 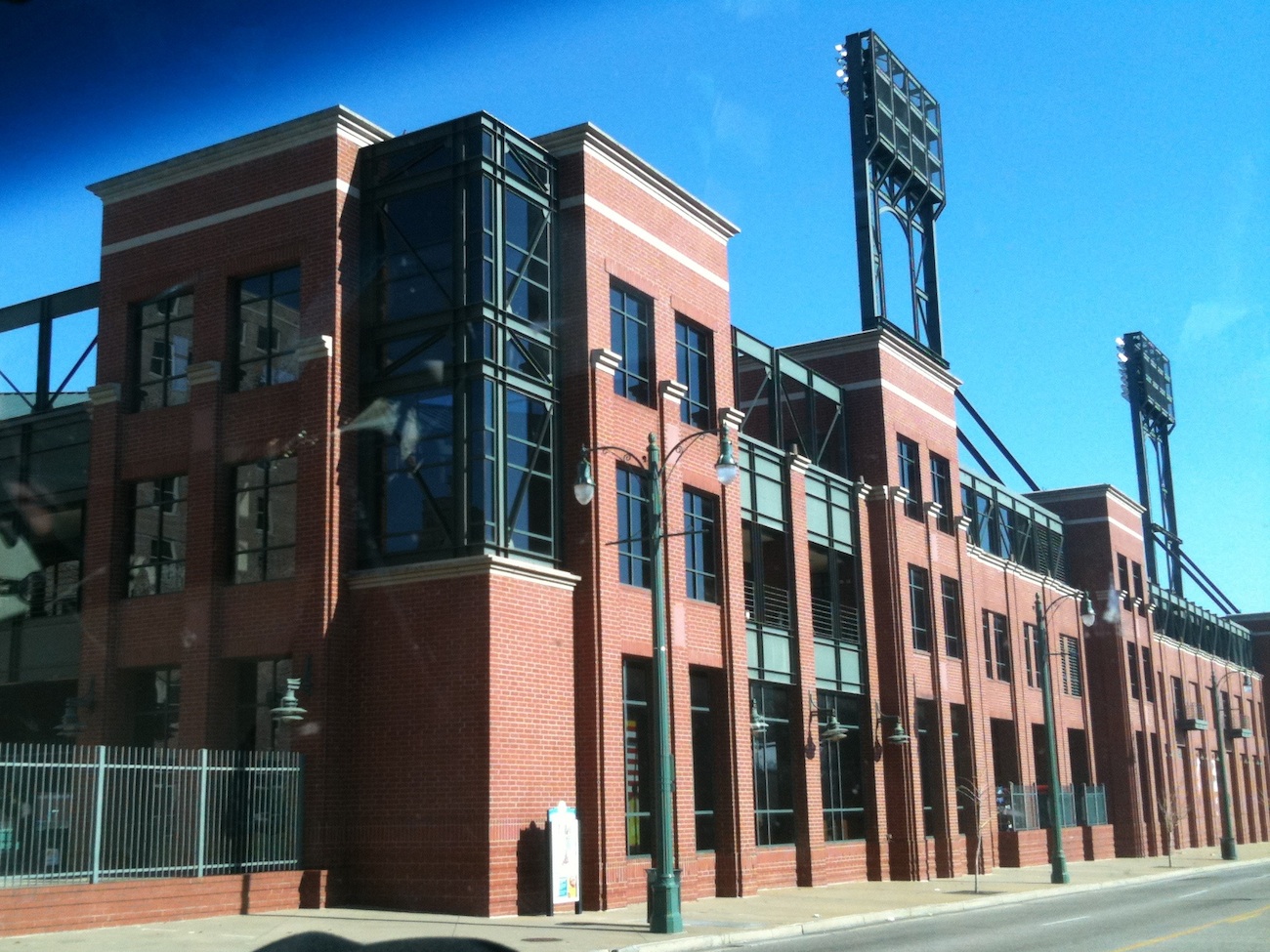