I've said it before and I'll say it again: the hoop-like excuse that Metro Transit apparatchiks may have held "public hearings" before they settled on "the AMP" (east-west bus rapid transit connector) is no reason to believe that those hearings were effectively conducted for the public. Tennessean Gail Kerr comments this morning, "There were early public hearings on whether we should build a bus route at all, but there were sparse details at that point." This may seem minor to some, but it confirms my view that the process is more rigged to keep the public uninformed and destablized so that stronger trump cards can be laid later. The public hearings were designed to keep us guessing, not to bring us on board to reach a consensual decision in which everyone won a little of something.

The only other interesting point in Ms. Kerr's column is the ironic encouragement of people to attend public hearings now, as if the process is substantively different than it was. She seems to be merely saying of the latest hoops, "It's real this time around." I suspect that what is real is the opposition the Mayor is facing from the neighborhoods down low and from Tennessee Republicans up high. Four late-called community meetings seeking input looks like a mad scramble to lend legitimacy to a limping bus line.

Otherwise, Kerr's column is unadulterated garbage. She calls those of us who advocate a northward leg "snooty" because she alleges we believe that buses should serve mostly "lower-income people". Nope. I advocate a northward leg because it would serve mostly people. Not corporations. Not tourism. Not wealthy campaign donors. Not property owners with maximized property values. Nope. I believe that mostly average folks of various incomes are whom a Charlotte Avenue line would serve. Her preconceived notions about who lives in North Nashville may make her the "snooty" one. 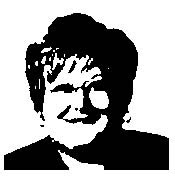 But what ultimately makes Ms. Kerr's hard copy not even worthy of chucking into the compost heap is that she expects opponents of the AMP not to differ in their motivations and in their strategies for expressing dissent to an east-west connector. She bases her assumptions about the resistance on an email thread "obtained" by a couple of reporters. That's right. An email thread. One of the more mercurial, fluid and volatile forms of communication; an email thread. She relies on that to opine that opponents are not unified, to insist that we are "disjointed".

But Ms. Kerr is confusing her snapshot of a lack of consensus on how to respond to the Mayor's next gambit with a lack of purpose or a lack of solidarity. And keep this in mind: Ms. Kerr herself was coached by a PR firm in the past to flip talking points to Tennessean op-ed. By such flack standards, democratic consensus may appear to be "disjointed" and lacking in a common goal. It is not the failing of opponents of the AMP that they have different views on how to get to the shared purpose of defeating an east-west connector. It is Ms. Kerr's own failing to step outside of a world where coordinated selling points are spoon-fed to journalists.
Posted by S-townMike at 1/08/2014 08:55:00 AM