The pictures below were taken this morning as Metro Police searched overgrown land at 1921 4th Ave., North after Marshall Frey reportedly told them that he killed a woman and dumped her body on the property. Frey was already in custody for allegedly murdering his pregnant ex-girlfriend. 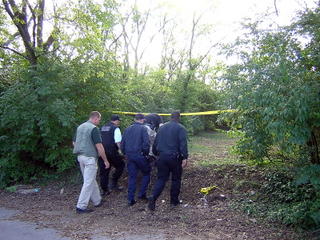 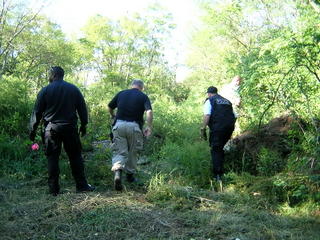 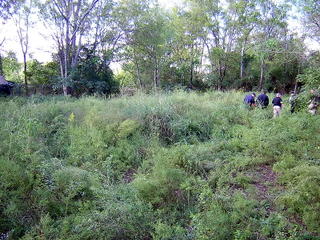 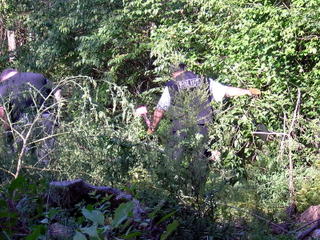 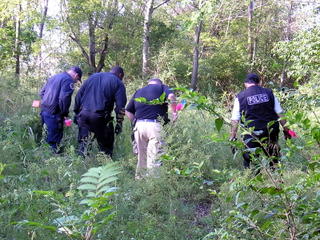 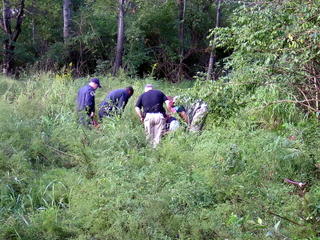 09/29/2005, 4:30 p.m. Update: News 2 just reported that the alleged victim for whom they were searching this morning is actually alive and well. Police are saying that they are still treating this as an investigation and that the search will go on. Cadaver dogs were brought in without any results.
Posted by S-townMike at 9/29/2005 10:35:00 AM