The Story within the Story

In this week's Nashville Scene, William Dean Hinton provides some details about what Council member John Summers was allegedly doing while absent from Council Chambers back in January when his Sylvan Park zoning bill came up for consideration (an embarrassing story I told you shortly afterwards). According to Hinton, Mr. Summers might have been out in a back room bartering votes. Hinton's story cites an unidentified Council member, who confirms that Summers trades votes, and it cites a Whitland resident who claims that Summers cut a deal with fellow Council member Buck Dozier in a trade of support involving Summers's Sylvan Park/Whitland zoning bills and Dozier's electronic-billboard bill (with a player to be named later). Hinton speculates that the alleged deal did not work out well for Dozier, who came up one vote short on his electronic-billboard bill while Summers was out of the room supposedly dealing for votes. Hinton also provides e-mail evidence that indicates Summers' willingness to push limits on the state's open meeting laws.

All in all, the story on Summers is a dog-bites-man story that doesn't surprise those who watch John Summers operate. Nonetheless the question of whether Summers is violating the law is not insignificant. 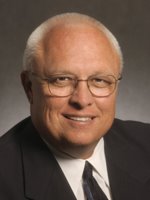 But the real story within this story, the man-bites-dog angle of Hinton's piece, is the possibility that a member who is actively running for Mayor may be dealing votes behind closed doors (an euphemism that includes e-mail correspondence). Mayoral candidate Buck Dozier denies that he made deals with Summers in the Hinton story, but if he actually is it would be one more strike against him in his bid to lead Metro (as if it weren't bad enough that he seems willing to legalize Vegasesque flashing billboards around my neighborhood--with no planning whatsoever--for the sake of a few more campaign contributions).
Posted by S-townMike at 4/19/2006 09:55:00 PM