They Say the Neon Lights Are Bright: Does Buck Dozier Care About the Quality of Urban Neighborhoods? 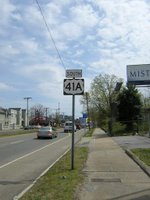 I wrote Council member-at-large Buck Dozier almost two weeks ago asking him a simple question: how would his bill to allow electronic display signs to be placed on "all state maintained four-lane roads and controlled access highways located within the USD with a speed limit of forty miles per hour or less" make our urban neighborhoods better? You see one of the four-lane state highways, 41, seems to run right up 8th Avenue, North and around Capitol Hill on James Robertson Parkway. So, there's every chance that electronic video billboards might create a glaring, blinking distraction on the North End should Council member Dozier's bill pass on third reading tomorrow. 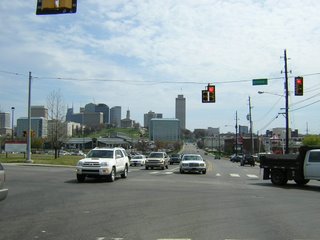 The bill's passage could mean that one of the prettiest views of the downtown skyline could very well be marred with blinking Auto Zone or O'Reilly Auto Parts signs or with KFC or Kroger marquees. Residents in Phase IV of the Werthan Lofts development may find themselves in the unenviable position that Seinfeld's Kramer did when Kenny Roger's Roasters put in a huge red blinking sign outside of his apartment window during one episode. Confusing tomato juice and milk because your world is LED-tinged could be distasteful, as Kramer showed with his breakfast cereal.

While my district's Council member, Ludye Wallace, is the bill's co-sponsor and while I CC'ed him, I really didn't expect him to break his long-standing habit of ignoring his constituents. But I did assume that, since Dozier was going to run for Mayor, he would at least give me the respect of a brush-off reply, if nothing else. But I have yet to hear from the man. My guess is that he believes he's got all he needs in the supportive votes from suburban Council members, who are just as NIMBY as anybody else, but who were placated by Dozier's restriction of video billboards to the step-child Urban Services District. My second guess, inspired by Christine Kreyling, is that passage of this bill is going to be a warm chestnut to Doziers' principle constituency: the business community.

So, it's becoming clear to me that mayoral candidate Dozier is probably more interested in running for business and against neighborhoods. It's looking as if he won't be the clearly viable "neighborhoods candidate" that we've had in the last two elections. As a neighborhood leader, I am concerned about what would happen to the Mayor's Office of Neighborhoods and advocacy for urban neighborhoods at the executive level under Dozier. It's not clear to me that Council member Dozier gives a tinker's damn about anyone remotely at odds with his business constiuency.

What is clear to me is that he is passionate about foisting video billboards on promising little neighborhoods without any imput from Metro Planning or any balance with residential interests. But the fact that one of the prospective highways wraps around Capitol Hill gives some in the General Assembly a whole new opportunity to direct market dim-witted ideas in Shopryland's drive-by style: 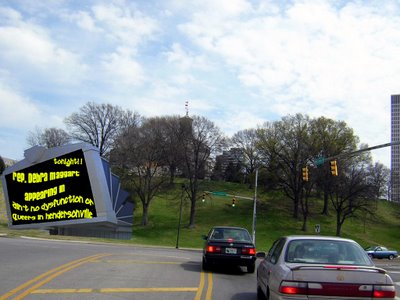