Has Tennessean columnist Gail Kerr finally gone around the bend in her tireless quest to run editorial interference for Mayor Karl Dean? In this morning's harangue she seems to have lost her mind (and likely someone else's) by berating council member Emily Evans on behalf of the Mayor's Office, even to the point of smearing Evans' impeccable public service. In so doing, Kerr does news consumers who may not know Emily Evans well a disservice. 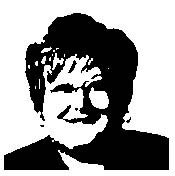 Councilwoman Emily Evans [whom Kerr cites as being courted by Karl Dean's foes to run in 2012 2011]: Oh, she wishes. Dean probably does, too. Evans, for whatever reason, fancies herself as Dean's antagonist. No one is sure why she is so blatantly hateful to the current administration, but she makes no bones about it. If there were a Metro Council flag for "taunting," she'd draw repeated penalty markers.

To her credit, Evans has positioned herself to be a person who asks tough questions and looks at the fine print on deals the Dean administration brings to the Metro Council. The problem is that she often comes across as the class know-it-all who revels in media attention.

She has spent her first term on the council paying less attention to district-centric issues than countywide ones — her expertise is in the bond market, so that's a natural inclination. But it's been hard to see past that to find her vision as an advocate for anything.

It's easy to be against everything. It's harder to run for mayor and be for something. And that would be her downfall in a race against Dean.

Plus, who would finance her campaign? She would watch her Belle Meade district constituency dry up like leaves on hot air if she ran against him. Try her again in 2015, perhaps for an at-large seat or, if she can moderate her tone to be a tad less shrill, vice mayor.

Note that the apoplectic commentator did not bother to check with CM Evans to ask if she was a possible candidate for anything in the future. Ms. Kerr calls herself a pro journalist but she did not adhere to the basic journalist principle that counsels confirmation of speculation.

In fact, she does not show a lick of curiosity about CM Evans' initiatives, launching instead into a unrestrained and groundless assault rather than recalling how Evans championed several causes including stormwater fee increases that the Mayor's Office itself deemed important. I certainly remember CM Evans attending a Salemtown Neighbors meeting to discuss the fee increase and to address concerns some of us had about it. But she did not just go along blindly with fee increases, either. When it became clear that the Mayor would charge high-volume corporate stormwater generators less than the rest of us, she balked, showing an independence that many of us expect from our representatives.

Emily Evans enthusiastically supported stormwater fee increases to repair our decaying old infrastructure, but she also insisted that those fees be fair.

Contrast that to Dean supporter CM Megan Barry who blamed Evans for her own choice not to exercise independence against a flawed stormwater bill. Barry's general compliance and low profile does not inspire the disrespect of local journalists like Gail Kerr. In my opinion, that has something to do with gender bias. As local blogger Aunt B points out, Kerr is smacking Evans for being uppity and too intelligent when she would not do so to outspoken, independent men. I would argue that Kerr is willing to give CM Barry passes, yes, because she chooses to trail Karl Dean, but also because she is not unallied or bold on the big issues. That is consistent with gendered stereotypes.

As important as gender is in this attack, I continue to believe that the Tennessean as the press giant in Middle Tennessee is either going after any Dean opponent (especially when the arguments against the Mayor are gaining traction) or uncritically amplifying Courthouse innuendo without regard for neutrality or independence themselves. Just like Kerr impugned Evans this morning while insinuating without any substantiation that she wants to run for Mayor, other Tennessean writers have a history of uncritically transmitting ambition innuendo about outspoken CM Mike Jameson who was critical of Karl Dean's East Bank waffles. I will not deny that gender bias makes women easier targets; reporter Michael Cass did some research and development over a year ago on the-woman-is-an-uppity-showoff themes that presaged Kerr's invective today.

The big squeeze of the Tennessean's reportage is that research and development tends to mutate into search and destroy.

I am a regular reader of Emily Evans' blog and I have listened to some of her constituents who describe her service as tuned in and attentive to District 23 issues. She regularly attends meetings with neighborhood associations and she has worked with district stakeholders on zoning questions and greenway development. I rarely witness Tennessean reporters highlight those events. And frankly, it is fair to ask if Gail Kerr (or whoever might be co-writing her screed from the Courthouse) has ever attended one of those neighborhood meetings. How can Kerr accurately accuse Evans of neglecting "district-centric" issues from her editorial seat on Broadway without ever having observed Evans in action in District 23?

I wish I could say that I believed this hit job were all of Gail Kerr's volition, but I honestly do not. At the very least, some insider somewhere is feeding the columnist capricious speculation with no shred of evidence in a mean attempt to smear. This is attempted character assassination pure and simple by someone who has something to lose from Evans' combination of constancy and honesty. Someone with despicable political habits, a grudge, and too much latitude is targeting Evans because her service is somehow a perceived threat. It serves none of us well.
Posted by S-townMike at 12/12/2010 07:52:00 PM