Are there any limits? SNAP moves too easily with Mayor Dean from relocating the flea market to dismantling the race track

The aspect of the debate over the Mayor's plans for the Fairgrounds that I find most perplexing is the unwillingness of some community leaders to acknowledge that he has linked demolishing the race track and moving the State Fair and flea market after the racetrack is gone. I do not blame community organizations for choosing certain strategies to pursue without others. However, South Nashville Action People, the Mayor's primary base of neighborhood support, overplayed their hand in November when they told the Metro Council that they supported the Mayor's plan to move the flea market to Hickory Hollow mall to make way not just for a park and greenway at the fairgrounds, but for commercial development on par with those of Green Hills or East Nashville.

Former journalist, current Democratic Party public relations specialist, Colby Sledge stood during the public hearing then representing SNAP and a group called Neighbors for Progress and spoke in favor of the exile of the Expo/flea market out of his neighborhood to Antioch. Never mind the hardship that move might put on the flea market businesses. Never mind that practically every one of those small business owners opposed the lease without respect to the racetrack question. Never mind that as neighbors they may not be allowed to have a say in SNAP's decision making process. Never mind strong Antioch neighborhood opposition.

When the Mayor dropped his Hickory Hollow plan under pubic pressure and had Antioch CM Sam Coleman withdraw the lease bill, Hizzoner prompted a new bill focused exclusively on demolishing the Fairgrounds race track, but permitting the Expo and State Fair only one more year. Sledge did not miss a beat. The same guy who stood in front of the council and told them he thought Antioch would benefit from a flea market that his association was so willing to jettison out the backyard, ditched his concerns about the Expo/State Fair and put on a deep green environmentalism, insisting that he supported the Mayor's plan to bring a flood plain park to the Fairgrounds.

Sledge sent a new message to council via e-mail, which his former co-worker at the Tennessean, Michael Cass seemed enthusiastic to commend to us. The gist of Sledge's message:


I noticed that last night [Dec. 7] the Coun­cil passed on sec­ond read­ing a bill to pro­vide for free park­ing for envi­ron­men­tally friendly vehi­cles in down­town park­ing meter zones. I hope that you will show the same sup­port for our envi­ron­ment in your upcom­ing vote con­cern­ing the demo­li­tion of the race­track at the fair­grounds. The race­track cre­ates air, noise and water pol­lu­tion — all of which can be not just reduced, but elim­i­nated with the clos­ing of the speed­way. Even bet­ter, the race­track would be replaced with a 40-acre park, instantly adding to the pub­lic green space avail­able to our residents.

One coun­cil mem­ber was reported as call­ing the park­ing bill the “low­est of low-hanging fruit” for mak­ing Nashville a greener city. Reach one branch over, and you’ll find your next oppor­tu­nity: close the race­track that pol­lutes our city, and cre­ate a park for our fam­i­lies while restor­ing a pol­luted creek that flows into our drink­ing water.

The earnestness with which Sledge preached the welfare of Antioch has given way to a rather convenient environmentalism, a rearrangement that reporter Cass failed to note (Cass was in attendance Nov. 16 when Sledge spoke at the public hearing). The departure and dissociation are just too convenient to be believable.

Again, I do not take issue with organizations choosing their battles but, perhaps to avoid the appearance of opportunism, Sledge should have advocated the park all along and he should have refused to stand against the flea market so publicly. Now watching SNAP not advocate for the flea market, I get the sense they intend to bide their time until Mayor Dean prepares in a few months to dump the Expo and State Fair somewhere else. Then we will see Colby Sledge step forward once again sans environmentalism advocating the need for trendier businesses in what remains of a privatized fairgrounds. 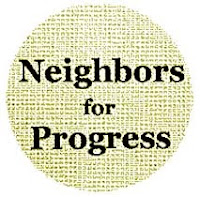 What kind of definition of progress includes eradicating small businesses in a community to make way for either industrial park (the current private zoning), an office park (if rezoned), or chain boutique stores (if rezoned)? What kind of progressivism rips up parking lots just to put more down to accommodate a different set of jobs? SNAP is not even mentioning the possibility of keeping the Expo longer than Mayor Dean's timeline. What kind of progress is it that uproots people under the auspices of shielding others from the noise pollution that many of us wouldn't blame them for wanting to eradicate or at least minimize in the first place?

Because SNAP leaders like Colby Sledge seem willing to treat the fairgrounds with total abandon, because they are likely to throw the baby out with the bathwater, I cannot support them in backing the Mayor's latest initiative. After informing myself about the plans, I am certain of Karl Dean's end game and in my opinion it has little to do with community quality of life, little to do with progress beyond the narrow bounds of maximizing real estate, little to do with environmentalism or preservation of history. While I do not support keeping the racetrack in and of itself, I fear that abdicating to obliteration will mean one less barrier to running off the Expo and the State Fair, one less obstacle to parceling out what's left to private interests who will be much less obligated to the community than the courthouse is supposed to be.

I can choose either to support Colby Sledge's neighborhood and watch the Mayor sell off 100 acres of parkland while developing only parts he has to as green space or to oppose his neighborhood and hope that every acre will remain Metro park land to be developed as such some future day. To me it is the second cause that is the best one, even if by no means perfect.

That said, I'm willing to support SNAP to get race enthusiasts to make accommodations to support the quality of life. But I cannot go any further until they guarantee support for the businesses already at their doorstep. I'm not willing to advocate taking race enthusiasts out of the equation and thus freeing the Mayor to do whatever he wills to the Fairgrounds, which belongs to all of us in this county.
Posted by S-townMike at 12/15/2010 08:31:00 PM