Another year coming to a close, another chance to look back and consider high and low points of Metro service delivery from a hyper-local and neighborhood perspective.

If you are among the major players in Nashville, it has been all cake and a lot of icing in 2010, even with a flood and continuing recession. Not being in that inner circle, I think I have some perspective from the side of those whom the Dean Machine leaves behind. So, here is the 6th annual retrospective on 2010:

Mayor's Office
This week I already posted my impressions of Karl Dean's performance during the May flood in reply to local journo's proclamation of him as "Tennessean of the Year." 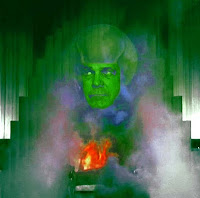 When I think of award winners, I think of those who exceeded all expectations or those who went above and beyond the call of duty. Did the Mayor's Office operate effectively to deal with the flood? Yes. Was it award-winning? Nope.

Otherwise, the Mayor demonstrated his commitment to local special interests above all. Neighborhoods remained invisible unless they served his out-of-wack commitment to untrammeled growth. He thought about a parking meter plan to add to Morgan Stanley's piles of money earned from Chicago and Indianapolis meters. After ignoring West Nashville community leaders warnings about the flood risk at the former car dealership designated to become the newest police precinct, he watched the May floods prove him wrong.

He acted as champion to Wedgewood-Houston, but behaved like a dictator toward Antioch in the name of selling off the Fairgrounds for some walking around money.

Karl Dean's vision of a convention center bonanza was muted by water main bursts around Downtown last year, underscoring that growth needs to be balanced by infrastructure spending. His mortal sin was to obligate the General Fund to pay for construction. Finally, when he did not get his way on the Fairgrounds he tried to stampede the herd by threatening to raise taxes and by reintroducing the prospect of May Town Center.

New Year's resolutions should be: kill the hubris; at least look like you're a diplomat on community-based issues; not all growth is good: cancer, for instance. 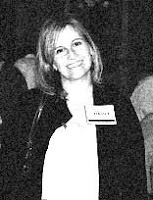 Both were forced to hold community meetings after angry community outcry. Both responded in less than effective ways to the controversy they helped cause. At-Large members Megan Barry and Ronnie Steine could have advocated public input in both these cases but did not, choosing instead to save their righteous indignation for the false assumption that community groups supporting the Mayor's Fairgrounds proposal were being ignored.

Jerry Maynard struggled with ethics problems all year resulting from his alleged malpractice of law. Lonell Matthews threatened to resurrect the May Town zombie for the 10,000th time, and sent out a flood relief information e-mail from his Metro account that included a campaign endorsement for state house candidate Steven Turner. Sam Coleman ran against conservative Jim Gotto for state office although there was no substantial difference between the two on Metro legislation. An unnamed CM called a community group and apologized for holding a public hearing. Vice Mayor Diane Neighbors blackballed Dean project critics in the committee selection process.

However, in spite of the low lights, the Metro Council outperformed the Mayor by conveying the voice of community concerns. In particular, Emily Evans and Jamie Hollin expressed skepticism about convention center/hotel funding and alarm about the risks to other Metro services. Michael Craddock challenged the Fairgrounds cash flow numbers that were not being fully disclosed by Rich Riebeling. Mike Jameson called out the Mayor for having Metro department heads lobby the council on the Fairgrounds.

These members also were out working hard in their districts after the May floods when the Mayor hunkered in his bunker.

New Year's resolutions should be: the tools need to climb out of The Dean's box of hammers; the challengers need to keep fighting the good fight; stop making us wait for a different, more ethical culture in council.

Metro Schools
Schools Director Jesse Register and his school board backers held their band-aid of privatization and charter schools in 2010. Allegedly, Register met with private contractors on the plan to outsource school service workers jobs months before actually bringing his recommendation. It has also been alleged that the Director agreed to make board member Gracie Porter chair in exchange for her vote to outsource.

The district promoted its new Twitter feed as best source of breaking MNPS info, but it was generally used strictly as a PR tool with a short list of influential people it followed.

The year ended in the expected flames for service workers as a report came out that only a fraction of the promised number of employees to be rehired were actually rehired. Moreover, the private contractor was paying the retained much less compensation than proposed, which many of us predicted.

I will not pretend that this list is exhaustive. After all, I did take 2 months off from blogging in 2010, so if you have any bests or worsts yourself, add them in the comments. After expressing the wish 365 days ago for better services, I am disappointed that this list is more one of low points than high points.