President Obama made history today for all the wrong reasons 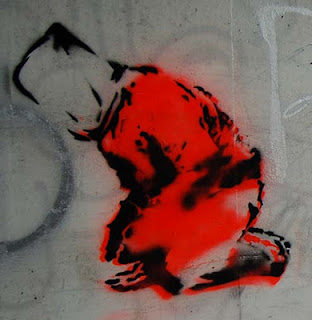 Barack Obama went today where no one to the left of Joe McCarthy has ever gone before in refusing to veto the controversial National Defense Authorization Act, which destroys our constitutional protections against being detained indefinitely (even for life) by military forces, and it guarantees that any of us can be apprehended without just cause or guarantee of due process. Once this becomes law none of us is free:

“By signing this defense spending bill, President Obama will go down in history as the president who enshrined indefinite detention without trial in US law,” said Kenneth Roth, executive director of Human Rights Watch. “In the past, Obama has lauded the importance of being on the right side of history, but today he is definitely on the wrong side.”

The far-reaching detainee provisions would codify indefinite detention without trial into US law for the first time since the McCarthy era when Congress in 1950 overrode the veto of then-President Harry Truman and passed the Internal Security Act. The bill would also bar the transfer of detainees currently held at Guantanamo into the US for any reason, including for trial. In addition, it would extend restrictions, imposed last year, on the transfer of detainees from Guantanamo to home or third countries – even those cleared for release by the administration.

Truman never caved to McCarthyism. Obama is poised to do so. My sense is that people most likely to be violated by US military forces are not conservative critics of government, whom Obama has courted and appeased, but progressive dissenters of current federal policy. I fear for social movements the likes of Occupy Wall Street.
Posted by S-townMike at 12/14/2011 10:49:00 PM