Buzz about a possible ballpark at Sulphur Dell had eclipsed promotion of the long-awaited National Museum of African American Music, and it seemed to push aside Jefferson Street's Gateway to Heritage public space development. Now the latter is starting to get media play with excuses made for the 3-year delay include that multiple government agencies had to analyze and approve:


While not ideal public recreation space, areas under highway overpasses can be made hospitable. Here are some photos I made of greenways and public art under and on overpasses in the Deep Ellum section of Dallas, TX. 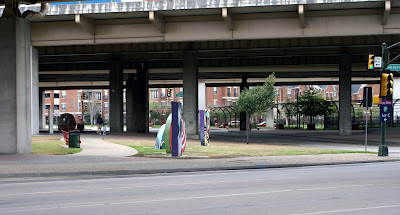 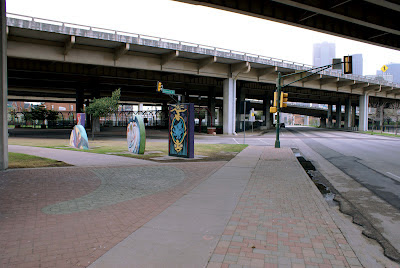 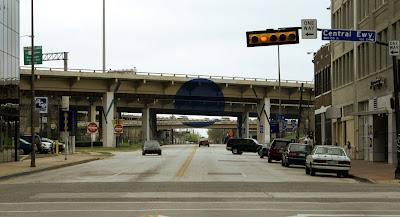 There was never a good reason for any government agencies to allow government-owned properties along the Jefferson Street corridor to fall into the blight that it did. And our community is long past due for the improvements that would have likely sailed through in less time for more affluent parts of Nashville.
Posted by S-townMike at 2/12/2012 10:47:00 PM