CM Brady Banks finally speaks to reporter Joey Garrison. He is mostly apologetic toward his wife, family, friends, and constituents. He indicates that he has no intention of resigning from Metro Council. But he has no apologies for North Nashville neighborhoods: 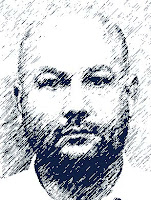 I have been dealing with what is most important — my wife and my family — and trying to get all the help I need to start rebuilding trust and healing my relationships. I plan to work as hard as I can to regain the respect and trust of the people I was elected to serve ....

[Responding to why he came late and left early from the last council meeting] I was elected to do a job for the people of District 4. Part of that job is to represent them at council meetings. I take that very seriously. With regard to leaving before the end of the meeting, I didn’t think it was appropriate for me to participate in the end of the agenda given my situation.

Brady Banks's actions affect more people than just his family or his constituents. They also touch on the lives of people in North Nashville. If he ever runs for a position larger than District 4's he should have to answer for his failure to acknowledge the effects of his attempted sex trafficking on those outside his district.

I didn't see CM Banks represent District 4 at all during the council meeting he attended. He came late. He sat quietly watching everyone else. He left early. His explanation in the interview does not clarify anything. And it has been his supporters who insisted he needed to be away from public scrutiny to spend time on his family. In that light, attending the council meeting was nothing more than empty symbolism. That vacuous image will stick with me whenever his name comes up again in future.
Posted by S-townMike at 3/04/2012 11:58:00 PM