The Question Of Closing Smaller Schools

I am not sure what has happened to the Metro School Board's inclinations to close smaller schools in the wake of the defeat of the sales tax referendum back in September. I have not heard a word on the matter since the Tennessean published a piece that included a list of smallest schools that might be closed and students moved elsewhere.

That article also reported that one tax opponent charged that the Board was "trying to punish" those who voted against the Mayor's sales tax. I'm not claiming to speak for the Board, but to argue that closing smaller public schools is punishment of sales tax opponents (of which I am one) is wild and unsubstantiated and a bit conspiratorial.

The schools most likely to be closed come from every part of Davidson county, including some in lower income and city neighborhoods where majorities voted to support the sales tax referendum. The urban neighborhoods in East Nashville seem to have the lion's share of small schools that might be closed under this proposal. Given that suburban neighborhoods presented the greatest opposition to the referendum, if there were some sort of conspiracy afoot, then they would have the lion's share of possible closures.

Buena Vista School here in the North End is on the closing list, but I cannot imagine that any of our cluster schools would be targeted for punishment if there really were a conspiracy against opposition voters. Conspiracy or no, to lose Buena Vista would be a damned shame. I hope that the lack of information on the original proposal to close smaller schools signals the death of the proposal. 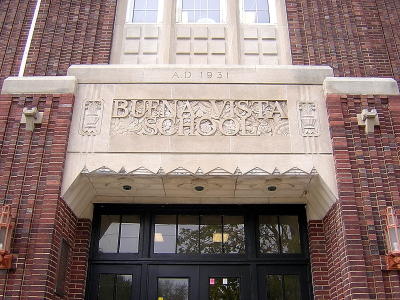 I don't envy the hard decisions that the Board has to make now, and it's a truly thankless job when your more strident opponents would rather cavalierly hit the golf links after the election instead of sticking around to help you gut out some workable solutions to answer the challenges of teaching our children with less money. I just hope that those solutions don't include closing treasured and historic institutions like Buena Vista, a link to our neighborhood's past.
Posted by S-townMike at 11/06/2005 09:45:00 PM