As we near the end of 2006, I want to point you to three less than acceptable conditions in Salemtown that did not receive the repair promised earlier. Metro let us down on each of these problems, and we still are not sure if they will be resolved. 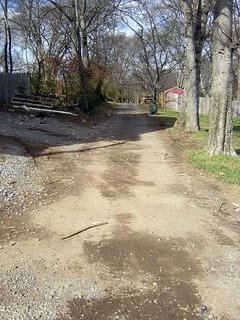 Last spring, Metro Public Works told us that they would pave a couple of our unpaved alleys, which have essentially become dirt/mud roads. In fact, at the end of April, MPW told our association president that the alleys were definitely on their list to be repaved in 2006 (although when I spoke with the MPW in charge of the projects, he seemed confused on whether our alleys were actually on the list). In November, MPW told us that, because of an unspecified "equipment breakdown," the alleys would not be paved until Spring 2007. But they tried to assure us: we are "one of the first on the list."

I'm tired of being on MPW's "list" and watching our alleys rut and erode and become mud-pits suited more for 4-wheeling than for city driving. 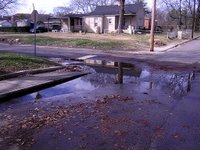 There remain areas of poor water run-off, like the corner of 4th Av. and Coffee St., which floods after every rain and where water stands for days after it has dried up everywhere else. The latest puddle even iced the road this week after the last cold front moved through. I first blogged on the puddle back in Spring 2005. S-towners started working on Metro Water over Summer 2005, and we started getting promises from them in the Fall 2005 that a resolution would be in the offing. The problem languished for months afterwards. We got no indication from Metro Water whether they would or would not fix the problem. So, several of us brought the problem up to Metro Public Works in Spring 2006, and they told us that they would add the problem to the "list" of conditions to be fixed in Salemtown. As you can see from the picture, it looks like being on yet another of their lists did not make much of a difference. 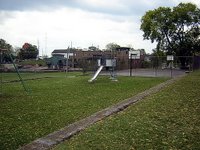 Finally, Metro Parks has let us down on the promised renovations to Morgan Park and to the Morgan Park Community Center. In Fall 2005, we got word that park improvements--including a walking trail, gardens along the trail, modified baseball field and a new playground--would occur over the span of "a few months." A year went by with no substantial improvements that we could see. I contacted the Parks Director, who replied that they were in the process for securing bids for the renovations and that they had increased the proposed improvements from $200,000 to $400,000, pending Metro Council approval. That was 4 months ago. No indication from Parks that anything is set to be improved in the near future.

So, 2006 may well be characterized as one in which important major projects that would have enhanced the quality of life in our little hamlet were promised and yet deferred (or even ignored in the case of water run-off) by local government. I hope that our leaders make some New Years' resolutions to follow up on these problems in 2007 so that we can be taken off their lists.
Posted by S-townMike at 12/03/2006 11:15:00 PM