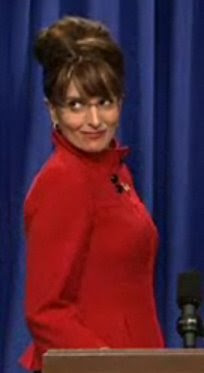 Sarah Palin has been off on the campaign trail telling people that she cut her own pay as Mayor of Wasilla, Alaska. David Kurtz obtained city records, which tell a different, more ambiguous story.

When Palin started she was making $64,200. When she left, she was making $68,000. She did take pay cuts during her time, but she also received pay raises, which she omits from her campaign speeches.

At best, her pay cuts would seem to be offset by the pay hikes. So, how would her salary history remotely qualify her as a reformer or a maverick?
Posted by S-townMike at 9/21/2008 11:10:00 PM