No False Choices: Louisiana-Pacific Could Save the Environment and Jobs in Canada by Dropping Naming Rights of LP Field

I am so fed up with cash-strapped corporations trying to leverage either bail out money or special exceptions from regulations because of their own choices for economic expansion. The latest is Nashville's own Louisiana-Pacific, which is telling Manitoba officials that unless it is allowed to permanently shut down oxidizers that control the amount of pollution belched from a Canadian strand board factory, it will take its toys and cut out.

LP whines that the annual costs to operate those oxidizers is $3 million. But you know, there is no need for whining, when savings could be realized elsewhere, like here in Nashville. Louisiana-Pacific is paying $30 million over 10 years for naming rights of the LP Field, where the Tennessee Titans play pro football. They could save $3 million a year alone by relinquishing those naming rights. And who would lose their seasonal job at LP Field as a result? It's not like they're giving us a greener East Bank with those naming rights.
Giving up the "LP" in "LP Field" seems to me a small sacrifice for a company that claims it is genuinely interested in saving Canadian jobs. If Metro is the still the proprietor and owner of the stadium, our elected officials need to encourage LP to get its own financial and environmental house in order before splashing around in the luxury pool of sports and entertainment. Only the well-to-do Williamson County fans who show up on the East Bank for a handful of weekends in the fall will miss those suburban-style concession stands and restrooms LP constructed in the endzone areas to make them feel at home in Downtown Nashville. 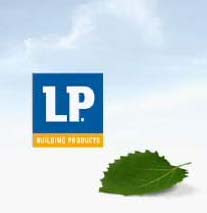 LP markets itself as a company focused on sustainability and its products as green options. That marketing is dishonest if Louisiana-Pacific leverages its way out of sharing the costs of pollution that results from its own manufacturing processes with society. But it may be that LP is not really interested in either assuming some responsibility for environmental stewardship or generating jobs. On the contrary, it seems that some plaintiffs in a class action lawsuit believe that LP is guilty of using the strand board it produces in Canada to turn a less than legitimate profit. If LP is guilty of price fixing from 2003 to 2004, all of its complaints about being at a "competitive disadvantage" lack any merit whatsoever.
HT:  Post Business
Posted by S-townMike at 3/12/2009 07:55:00 AM