No peripheral views in the Music City Center vision 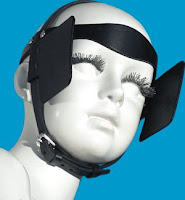 Bruce Barry points out that convention center backers do a lot of question-begging by circumscribing the discussion:

[Music City Center] was put on the table four years ago as a near-inevitability, or at least as a convention center solution to a convention center problem. Alternatives and opportunity costs have never been part of the discourse. MCC advocates insist that the project's merits have been thorough aired and debated, but it is only the merits of the project in relation to some other version of the same narrow notional objective (sustaining and expanding Nashville's trade show economy) that have been in play.