If leadership is merely about holding press conferences, then Mayor Dean has been a perfect leader

So, I would not be surprised if information that came to light in the future contradicted claims about how well the local emergency management functioned during May days of flooding. And if Jan Puckett Morrison wants to size up Karl Dean's leadership qualities on the basis of handling the local news media rather than engaging and motivating the community or mobilizing government infrastructure in response, far be it from me to argue with her assessment:


Much of the credit for this goes to Nashville Mayor Karl Dean and all of the heads of Nashville's public agencies for being organized and acting quickly. When the city saw the flood waters start to rise on Sunday, Dean called a news conference with representatives from every possible Metro agency. He addressed the city with facts and real information. He anticipated that the media would have questions about schools, water, sanitation, power, FEMA, road closures and the like, so he asked individuals representing Metro schools, the Police Department, Public Health, Nashville Electric Service, Metro Water Services and emergency management to address media questions.

Since May 1, I've felt that the Mayor has had approached the crisis with a bunker mentality, projecting an image mostly for news conferences and the occasional photo op at a disaster site. Beyond that one is hard pressed to give credit to the Mayor. 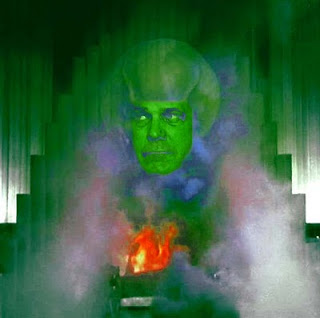 Credit for quick response in East Nashville goes there to the community itself. North Nashville has suffered for lack of coordination of response regardless of how well the Mayor got his messages out.

There may be a host of wheels the Mayor is turning, levers the Mayor is pressing, and cords the Mayor is pulling behind the curtain. Maybe we'll see them one day and appreciate his hands-on work instead of the media-manager image his administration is trying to project.
Posted by S-townMike at 5/13/2010 08:26:00 AM