Could Dean pull a Daley? 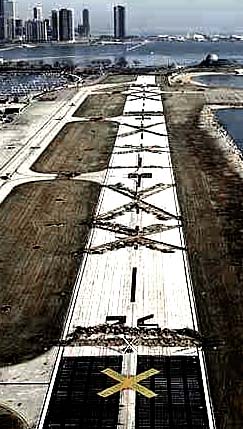 Almost a decade ago Chicago's Mayor Richard Daley ordered demolition equipment on to city-owned parkland in the middle of the night. Under cover of darkness private crews gouged giant X's and trenches into an airport runway called Meigs Field to effectively shut down the airport and to minimize organized resistance, even though a considerable number of Chicagoans opposed tearing down the airport.

We can argue the merits of replacing an airport (which required a more secure fly-zone over Downtown Chicago than without the airport) with more open, greener, and higher public-use facility. But the problem with the Meigs sabotage is that it ducked the democratic process.

There may be an analogy between Mayor Daley's autocratic style and that of Nashville Mayor Karl Dean, who seems to have his own penchant for lording over Metro parkland at the Fairgrounds. The public opposition to his plan to demolish the racetrack and exile the Expo has been considerably strong and mobilized. Yet, Mayor Dean keeps treating them as if they are irrelevant and invisible. He soldiers on as if their continuing influence over council proceedings is moot.

There may be a cautionary tale in the Meigs Field massacre of 2003. The Chicago Tribune described Mayor Daley's actions in a way consistent with how some see Mayor Karl Dean responding to dissent:


[T]he issue here is not planes versus trees. The issue is Daley's increasingly authoritarian style that brooks no disagreements, legal challenges, negotiations, compromise or any of that messy give-and-take normally associated with democratic government .... Daley announced that agreements with other officials, or with the public, are only valid until he changes his mind or comes up with a different idea.

Might Nashville's Mayor exercise his own power by dispatching Metro bulldozers on the down-low to ruin the track just enough to cancel any future racing? Since his finance department has its own track record of sabotaging the Fairgrounds' revenue stream, and given that he brushes off opposition as if they were infinitesimal gnats, it bears vigilance.