The Tennessean's Nancy Deville reports this morning that Morgan Park is due for $200,000 in renovations over the next few months. Those renovations include: "a walking trail, gardens along the trail, modified baseball field and new playground," which are funded by the Parks Department's Parks and Greenways Master Plan. 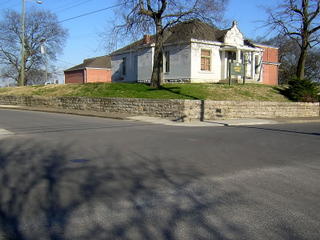 At the Central Wastewater meeting on Tuesday, I had the opportunity to speak with Germantown patriarch Ernest Campbell, who suggested to me that one use of Salemtown's block grant might be for the renovation of Morgan Park, a goal that he and his wife have been pursuing for awhile.

With this news that the Parks Department is funding renovations, spending block grant funds on Morgan Park might not be an option since those funds have to go to projects that are currently not funded by Metro. The slated renovations, which include long-overdue upgrades to the Morgan Park Community Center, could ostensibly move Morgan Park further down the list of priorities of possible Salemtown enhancements, since there could be a host of other needs around the neighborhood that Metro is not planning for. Then there is also the issue of boundaries: Germantown expanded its boundary to Hume St. not too long ago to encompass Morgan Park. Since the block grant area falls north of Hume, I'm not sure grant money could go to Morgan Park. These are questions I will raise at the Block Grant Citizen Advisory Committee meetings beginning September 13.

In the meantime, our venerable old park in the North End is due some lavish and extended attention, so I am glad to see Metro spending $200,000 on Morgan Park. That is tax money well-spent. Salemtown Neighbors partnered with Morgan Park Community Center back when the facility needed some attention and we'll be there to enjoy the facility upgrades.
Posted by S-townMike at 8/26/2005 07:57:00 AM