Merrill Lynch is bullshit on America 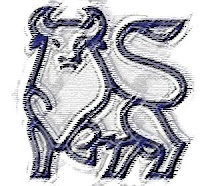 Your "free" market at work for you: Merrill Lynch traders lost hundreds and hundreds of millions of profits on trades at extraordinary risk. Merrill hid word of those trades from its new parent company, Bank of America, and then paid $3.6 billion in bonuses based on performance as of December 8, 2008. Merrill lost $13.8 billion in the fourth quarter of 2008. Those are free market values for you. If you are wealthy enough you can perform badly and still get a bonus.
Bank of America was forced to ask for a second infusion of government bailout capital to cover the Merrill losses, which at least one BoA official reportedly treated cavalierly.
Yet, we are supposed to believe that the bankers and investment firms would be just fine if regulators leave them alone.
Posted by S-townMike at 3/08/2009 10:37:00 PM