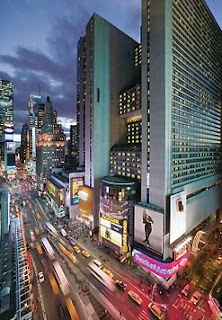 The ink has barely dried on MDHA's announcement of selection of Marriott's "premium" line of hotels for the new convention center, but whatever traction the Mayor's office might have got to turn the corner on its balance sheet nightmare was undone once again by NewsChannel5. The TV news station has a new report tonight that the consulting firm MDHA picked for the hotel portion of the Music City Center has overcharged their budget by over $200,000 and rising:

The latest contract was with the consulting firm C.H. Johnson. Their job was to help MDHA with the hotel portion of the proposed convention center which announced this week would be a Marriott Hotel.

Six months later the contract was amended and left open ended to services paid on an as needed basis.

As of last month MDHA has paid the firm nearly $315,000 - three times the amount of the original contract ....

So, MDHA's contract with a consulting firm is going to cost half-a-million Metro dollars and ground has not even broken, yet. Metro Nashville is spending $1 million just on an advertising firm and on a consulting company so that Mayor Karl Dean can get his name on a big capital budget project.

Had enough, yet? Will we remember this next summer when Mayor Dean announces a new round of Metro budget cuts due to belt-tightening economic conditions?
Posted by S-townMike at 8/12/2009 10:56:00 PM