That Congress hasn‘t exercised ... any meaningful oversight .... Whether we‘ll have a change in parties and will that make a difference ... I have a really low impression of both of these parties. I think that we are going through a political devolution.

And the answer to political devolution is not doing the same thing over and over and expecting different results. Middle Tennesseans have re-elected a Democrat to the U.S. Congress in District 5 every term since the post-Civil War Reconstruction era. 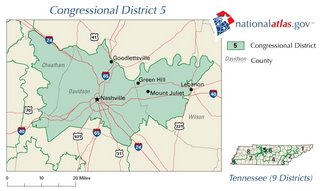 Keep in mind the definition of "insanity." Those of us who are progressive Democrats cannot keep voting for the blue dogs of the world like Jim Cooper just because they are not Republicans but then expect different results than their general support for conservative causes.

So, I cannot in good conscience vote for Jim Cooper again. He failed to take a clear stance on net neutrality and then he voted to cow to the corporations who fund him, which killed it. That's not too surprising given that nearly 83% of his PAC contributions come from pro-corporation PACs. Mr. Cooper consistently votes for policies that side with corporations and insurance companies on issues of bankrupcy law and medical malpractice compensation. He has made his allegiance clear: he seems to prefer corporate regulation of industry over common people's access to it. The Republicans are comfortable enough with Cooper that they are only running token opposition in the form of an extreme rightwing candidate, who does not seem to be enjoying Party Chair Jon Crisp's own promotion. 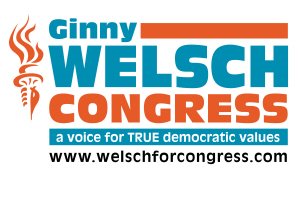 So, this year I will be voting for progressive independent candidate Ginny Welsch. Being a political pragmatist about third party candidates, I do not make this rare decision lightly. Ginny made the effort to contact me personally, and we sat down over coffee and had a thorough conversation about her campaign and the issues. I came away impressed with her ideas. I came away impressed by her savvy. I came away believing that she is a viable alternative for Democrats disillusioned with the status quo.