Rifle Found In The Wake Of Yesterday Evening's Gunfire 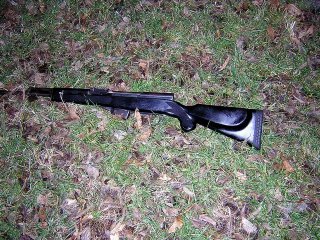 I did not sleep much last night thanks to an adrenaline rush after finding this rifle while taking my dog out for her last chance to do her business before turning in. I called the police, who took the gun and a report. I do not have a trained eye, but it looks like a semi-automatic that I've heard referred to as an AK-47. Here's hoping that any evidence found on it leads to a quick arrest of the thugs who own it.