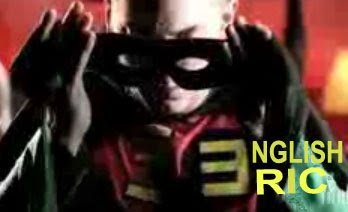 Once again, a reporter from the Nashville City Paper has allowed without challenge CM Eric Crafton to argue the unsubstantiated claim that his English Only obsession would actually help people who don't know English. Does the concept of cross-examination mean anything at the NCP? It's really a simple question: "Do you have proof that the current system is actually obstructing non-English speakers from learning English?"

And why I am not surprised that Tennessee Tax Revolt's Ben Cunningham is publicly supportive of this? All we need now is a Davidson County Republican Chairperson to fall behind CM Crafton, and they'll have their coalition ready to whip up a critical mass of the conservative vote in November to vote for John McCain and other Republicans. CM Emily Evans was spot on on that score:


Evans also questioned — considering the potentially limited scope of the proposed amendment — whether it was merely an effort to bring the conservative demographic of voters to the polls.
“Given that this ballot initiative will yield little in the way of actual results I imagine it will be more effective as a way to drive a certain type of voter to the polls in November,” Evans said.

Finally, I would like for someone to explain to me how being married to Asian woman immunizes Eric Crafton from being either prejudiced toward Hispanics or from whipping up the uglier fringes of the racist right to go to the polls in November.


UPDATE: A commenter over at PiTW observed the following about CM Crafton's toolishness to more devilish powers:


You guys are really giving Crafton waaaay too much credit. Everyone knows that Republican and former Bob Clement shill Jon Crispy [referring to former Davidson Co. GOP Chair Jon Crisp] is who also did Crafton's ["Save Our Schools"] powerpoint presentations is driving this bus. Crafton has neither the motivation nor skill to build this type of propaganda around anything (except the Bellevue Mall redevelopment) but he sure makes a good tool.

Actually I think that Eric Crafton is very skilled at taking care of his own interests even as he is probably doing the GOP's bidding (voting for Kay Brooks to fill the School Board seat that rightfully should have been Gracie Porter's is a case in point and Brooks keeps carrying his water to pay him back).
Posted by S-townMike at 6/06/2008 09:42:00 AM