The Tennessean reports that Amos Matui won the mens portion of the Country Music Marathon.

The three photos following show Matui's running in the pack vying for second behind the leader who was at the time way out in front. Matui is #3 on the right side of the photos: 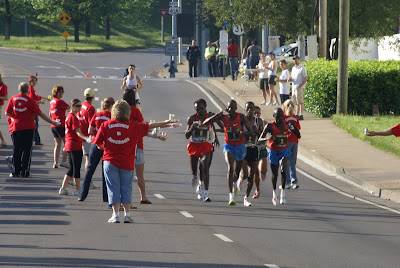 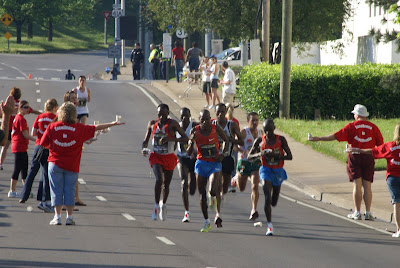 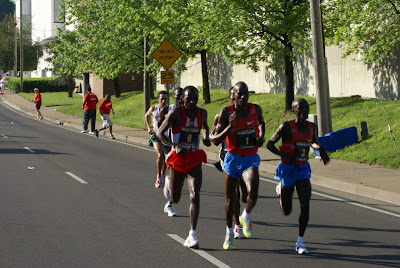 The final photo shows Matui (again to the right) running down Bicentennial Mall around the 19 mile mark toward Downtown and East Nashville in a smaller pack still fighting for second after completing the MetroCenter leg of the CMM: 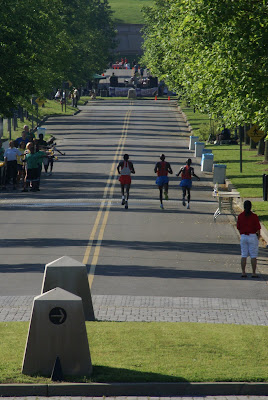