No real choices for Mayor and Vice Mayor and neither Dean nor Neighbors deserve my vote (I voted for Dean last time around). The at-Large incumbents have behaved like either tools or tanglefoots. The at-Large challengers have not presented any viable alternative. They look to be either cookie-cutter conservatives or selectively progressive Deanie babies. The "good enough" this time was not to waste votes on those who have not represented my interests.


There were really only two authentic choices for me on this ballot. I voted for ratification to try to keep the planning process focused on the community rather than leveraged from the Mayor's Office. If the Mayor had abided by the community-based qualities of the planning process he would not have faced nearly as much opposition as he has, and he would not be having to fight a popular referendum and attempting to load the council against its likely passage. If I believed that the integrity of the planning process had been guarded in the Mayor's redevelopment proposal I would have likely voted against ratification.

And unlike the PR professional with McNeely, Pigott, & Fox (linked closely to Karl Dean) who serves on the State Fair Board, I do not believe that this referendum is some sort of grand attack on the Metro Charter or a slippery slope to Tennessee becoming California. Again, if Karl Dean had acted as a socially responsible executive rather than an absolute development dictator on this issue, we likely would not be voting on amending the Charter and redevelopment may have already been underway. MP&F imagination merchant Katy Varney insists that those of us who vote for the referendum are making an emotional decision. She's wrong. Many of us consider this a pragmatic decision to ratify checks and balances on the Mayor's Office for the common good and not for the status quo. To say otherwise is as much of a bluff as was Karl Dean's threat to raise taxes if his own Fairgrounds designs were denied.

But how rich is it that someone who works for a PR firm is lecturing us about playing on emotions and prompting action based on feelings and not logic? Look at the ads that PR firms churn out. The question is not whether their products are based on emotional appeals. They usually are. The question is when do they ever produce ads, especially ads for political causes, based on appeals to logic and rationality? In fact, are not Ms. Varney's very points that we may become like California or that we may compromise our own charter with a single amendment (and do not forget it is the very same Metro Charter that allows citizens to amend the Metro Charter) emotional appeals?

In the end, McNeely, Pigott, & Fox's Katy Varney is defending Mayor Dean not because of the rationality of her side of the argument, but because of her station and her standing with the Mayor. It was hard for me to get past that very fact and agree with her enough to vote against ratification. 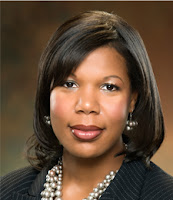 My other vote was for District 19 CM Erica Gilmore. As I told CM Gilmore a few weeks ago I planned to vote for her not because we always agreed on the issues, but because she has worked hard on listening and engaging the community. She has made mistakes along the way. The Greyhound bus terminal relocation for the convention center damaged her standing with some voters in the North End, including me. However, she also took the point position on helping neighbors solve problems with Metro departments; hosting a meeting with Metro Action and Salemtown leaders on the streetscape project comes immediately to mind. Once she publicly declared her support for preserving the historic Fehr School building, there was no way I was not going to pull her lever. Unlike her predecessor, she seems to be in the community all the time. I have yet to see her opponent, Curt Wallen, anywhere in my neighborhood.