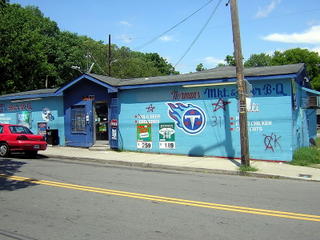 Concerns were expressed at a recent Salemtown Neighbors meeting about people who hang out on the parking lot of Norman's Market and Bar B-Q at the corner of 7th and Garfield, late into the night and long after the market closes. Metro Police told the neighborhood residents who live around that intersection that officers were not authorized to stop late-night revellers from gathering at the market until the owner signed a "trespass waiver," which would give officers permission to come on to the property and to keep random people from trespassing and loitering.

The police told me today that the market owner finally came to the Central Precinct after several weeks and some follow up visits in order to fill out the trespass waiver. The police also gave the owner "No Trespassing" signs to post. 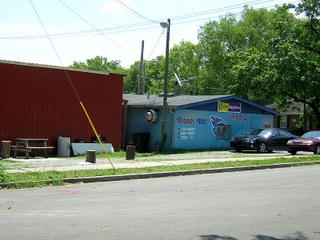 Over the next week or so, according to the police, officers will warn after-hours trespassers about the trespass waiver and tell them that it will be enforced soon, meaning that anyone hanging out after hours can be arrested for trespassing without the owner being present.
Posted by S-townMike at 7/13/2005 07:00:00 PM