The latest edition of The Nation has an outstanding analysis of Jim Cooper's Blue Dog Coalition, It is a revealing look at Blue Dog cocky and the coalition's spot in a lineage of southern white male congressional groups favorable to runaway defense spending and opposed to most domestic spending.
Christopher Hayes pinpoints the Blue Dog's organizational success as resulting from a small, tightly-knit "frat" that relies increasingly on large corporate donations while coalescing with Republicans to dilute liberal legislation coming from members of the larger, broader and more diffuse Progressive Caucus. 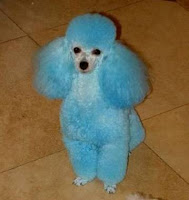 And Blue Dogs manage to have it both ways:

by calling themselves fiscal conservatives, they get to use the adjective "conservative" and distance themselves from the liberals in their party without arousing the ire of the Democratic coalition's strongest interest groups. "If you're a Democrat and say, I'm gonna be against abortion, that's going to be more dramatic [and difficult] than if you say, I'm for reducing the deficit and balancing the budget," says Princeton Congressional historian Julian Zelizer. "It's a little less explosive a way to break with your party leadership."

And when focused on Cooper, Hayes zeros in on the cavalier, dismissive, and somewhat arrogant Blue Dog attitudes that an insular Washington culture enables:

He was skeptical about some of the [stimulus] spending--notably for expanded Medicaid eligibility pools--saying it wouldn't last just two years but would extend into the future. When I asked why, he said, "Once you hand out Snickers bars, people tend to want more Snickers bars" ....

Under Cooper's framing it's all Snickers bars. So when conservative Democrats and so-called moderate Republicans in the Senate, with the support of the Blue Dogs in the House, cut $100 billion from the stimulus package, they left in an estimated $36 billion new home tax credit whose benefits would skew heavily toward the upper middle class and wealthy, while cutting $98 million in school nutrition programs for poor kids.

For the record, they don't, as a rule, serve Snickers bars in school lunches.

Presumptuous conservativism combined with campaign donations from the wealthiest of America's patrons practically leads to the abandonment of our society's most vulnerable. I understand that Jim Cooper is well-regarded in Middle Tennessee, but the Blue Dog's disregard for common people should spur the kind of critical analysis here at home that we read on the national pages of The Nation.
Posted by S-townMike at 2/13/2009 05:30:00 PM